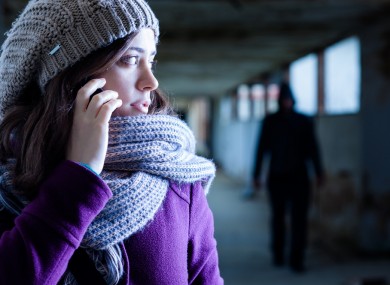 Stalking is a very common word nowadays. It’s heard everywhere, from news channels to everyday language; especially by youngsters (they use the word when they go through people’s internet profiles), and in many different contexts. But what exactly is stalking?
According to the Oxford dictionary, stalking is to “pursue or approach stealthily”; to “harass or persecute someone with unwanted and obsessive attention”.

Stalking often escalates overtime, possibly turning very violent, like in the case of Priyadarshini Mattoo who was raped and killed by her stalker in 1996, when she was only 25.
People in the age group of 18-24 are considered to be most vulnerable to being stalked and they are the ones who face the highest rates of stalking, especially at the risk of cyber stalking. According to a study by telecom operator Uninor, 30% of Indian children having access to the internet have experienced some kind of cyber harm, obviously including cyber stalking. In many countries (including India), those who are divorced or separated are also at high risks of being stalked.
But it is also true that many people nowadays, especially youngsters, do stalk their “crushes” over the Internet and do it quite regularly, and this stalking is in a way “accepted” by the people around them. So, would it be okay with you if you find out that someone who has a crush on you has been stalking your instagram for quite a while? Everyone would react to this differently, some would be okay with it and some would definitely freak out. And such stalking is called “casual stalking”, where the stalker doesn’t seem to mean any harm. Most of the casual stalking ends when the crush goes away and it doesn’t usually have any dire consequences, but exceptions do exist. Casual stalking can change into proper stalking. For better understanding, this is what casual stalking is for youngsters:

Stalking is not just a “third world issue”; it is something that is done worldwide, in all countries. For example, the case of the 3 men arrested in the U.S on charges of cyber stalking and child pornography. In the U.S, 6.6 million people are stalked every year and 3 in 4 victims know their stalkers to some extent. It’s neither only a woman’s problem but it is true that women are thrice as more likely to be stalked compared to men.
Watch how a male actor from Cairo, Egypt dresses up as a woman to experience street harassment, stalking on the streets of the capital of Egypt: https://www.youtube.com/watch?v=LvNZt1T5rAQ
Stalking has many negative consequences on both the victim and the stalker, and they in turn affect the society as a whole. It causes the victims to feel fear all the times because they don’t know what the stalker will do, the fear that the stalking will never stop. This causes anxiety, insomnia, social dysfunction and severe depression which many times have led to the victims harming them. The stalker becomes much worse after a while and much more violent, making the society much more unsafe to live in. Such was the case of the two teenage girls from Rohtak; they were stalked by a group of men over a long period of time and at the end, after all the harassment from the men and taunts from the society, the two of them committed suicide on the 26th of August 2014. There is so much humiliation felt by the victim and helplessness, especially when they can’t tell anyone about the stalking since they know that in the end, they are the ones who will be blamed, they see no other way to get away from it other than death. Maybe this is what the 13-year-old girl was thinking when she set herself ablaze in April this year.