Safecity Campaigns, Safecity Partnerships
Comments are off for this post

Safecity is working with Action India and Restless Development in Sanjay Camp of Ambedkar Nagar, New Delhi, in making public spaces of this neighborhood safer and accessible through data, technology and meaningful community engagement. The campaign was launched in Oct’15 and since then has directly engaged more than 500 families through workshops, campaign activities and community based engagements. Read what makes this campaign powerful-

From the very first day when we conducted an awareness workshop with adolescent girls, we have seen incredible community engagement in the campaign and have reached out to diverse groups, including out of school children, in building this campaign and awareness on the issue of sexual violence, our laws and rights. The community participated with us in mapping sexual violence in their neighborhoods, identifying problem areas and worked with us in designing activities and interventions that were in the capacity of the community, the work is very much in progress right now and its only scaling in its impact and outreach by the day. 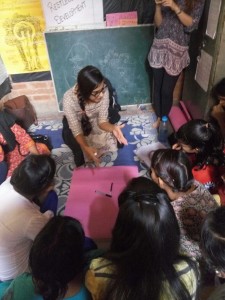 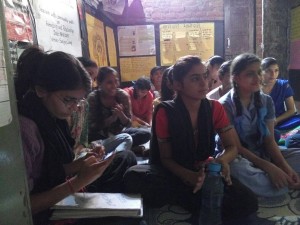 Through the course of our campaign, we noticed those few faces joining us every week; they joined us for all our sessions, campaign activities and toiled in the sun to spread the message widely across their neighborhood. As we trained them and saw them blooming as leaders, we also stood at a distant and applauded them with wide grins, encouraging them to realize their potential. They spoke to their neighbors, invited stakeholders, designed campaign visuals, and organized their very first intervention to counter sexual violence in a hotspot that was constantly emerging in dialogues, reports and discussions; it was the community toilet complex in their neighborhood. 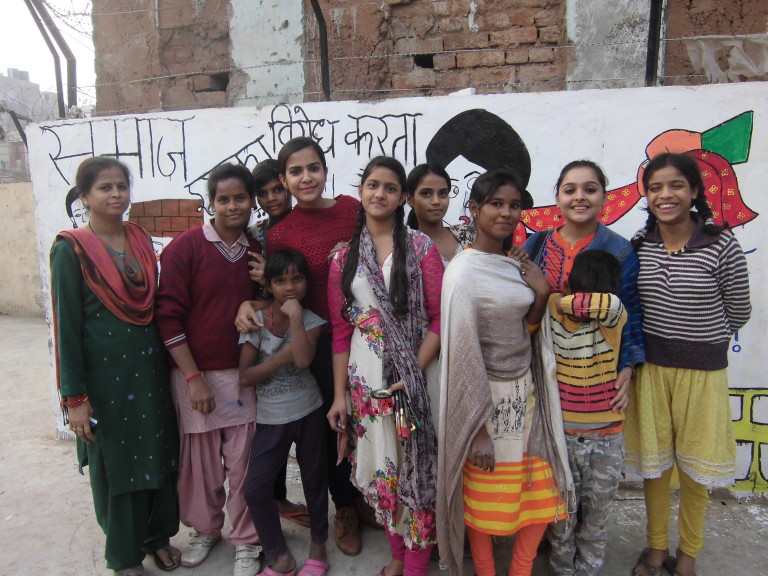 Ever since the girls started working with Safecity, they are constantly looking at ways of working with the community in making their neighborhood safer, they were shy and reluctant earlier, we are seeing a phenomenal growth in them- Krishna Ji, Field Officer, Action India, Our Parter NGO in Sanjay Camp

As the campaign team analyzed the information aggregated during the campaign, they were soon to realize that one of the trending problem areas is a space they access multiple times every day; it was the toilet complex in their neighborhood. The intensity of the violation and the stories of many girls who would avoid eating or drinking much to reduce their frequency of visits to the toilet shaped an idea among the group of using art for change. If the people accessing the toilet were to see a mural with a message against sexual violence every single day, will it change what was happening there? With this question, they painted the toilet wall to see how it answered it. The impact has been for all to see.

It’s been two months since the wall was painted; loitering and commenting around the toilet reduced and continues to, the intervention was even covered by a local newspaper that is circulated in Ambedkar Nagar. A couch that was right outside the toilet complex, where people would sit and pass comments, block the way of the toilet users, was moved out on the very next day of the painting, without a word or maybe painted walls can talk! Read more about this intervention here. 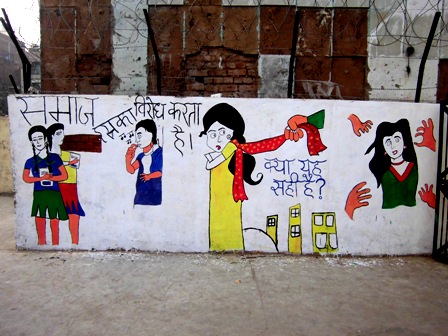 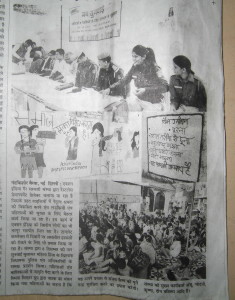 The community saw many ways of engaging stakeholders as they started participating in the campaign sessions and activities, realizing that systemic change in tandem with social change could be extremely powerful in making their spaces safer and accessible. The police and political representatives of the area held their first community sabha with more than 300 families of Sanjay Camp, an effort coordinated by our partners NGOs and the community youth groups. Asmita Theater group played an indispensable role in mobilizing families to participate through their powerful performance against sexual violence in public spaces- reiterating the strength of art and theater in powering widespread change. It took us a long time to figure out how best to engage men and boys in countering sexual violence, in breaking the various barriers that may largely term them as perpetrators, in the quest to make them an equal part of solving an issue that affected them in many unspoken ways. We are bringing them together through sports and looking at girls and boys forming a mixed football team to access spaces which have largely become male dominated, like a lot of parks and open spaces in the neighborhood and for them to have effective conversations on issues that affect them. 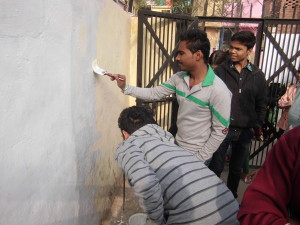 Sexual violence in not only an issue that affects girls and women, it affects us all. We need to work together in looking for solutions, if it affects us all, then why should only girls and women be responsible for their safety? I am working with Safecity in engaging boys and men through sports and I am positive about the impact already! – Mantosh- Campaign Youth Leader