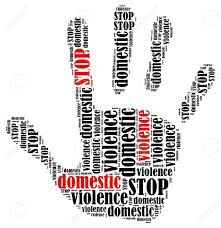 An engineer by profession and writer by passion, Archana is rediscovering her passion and profession after an extended maternity break. Currently, she works as SEE, technical writer and a creative content writer. She is fond of food, health, music, yoga and everything related to it. She loves learning and following new technologies. Archana believes in the motto, “Enjoy life with what you have”.
A Short Guide to Gender-Based Violence And How to Prevent It
– Archana M Somayaji

Gender-based violence (GBV) is essentially human right violations. India has been a predominantly patriarchal society. Women have been considered the property of men. Thus, arose the idea of possession and slowly emerged subtle, deceitful and later terrifying stories of gender-based violence.

Surprisingly, Gender-based violence is a common factor across societies. Globally, 1 in 3 women has experienced physical/sexual violence at some point in their life. In a World Health Organization multi-country study, 23–56% of women reported experiencing physical or sexual violence from their partner. In most countries, less than 40% of women who experienced violence sought the help of any sort. Recognizing GBV as a predominant universal problem, the United Nations has passed regular resolutions to deal with gender-based violence. The 1993 United Nations General Assembly resolution on the Declaration on the Elimination of Violence Against Women was the first international instrument to explicitly define GBV and elaborate on the subject.

Can we avoid it/ free society from this stigma?
Well, the answer is not simple. Our society was built through a range of transformations. Society and people are changing but -slowly. It takes immense effort from all sides to bring in change. In India, there are numerous government policies to tackle GBV: Some policies include- The traditional Dowry Prohibition Act (1961), Indecent Representation of Women (Prohibition) Act (1986), Child Labor (Prohibition and Regulation) Act (1986), The Pre-Conception and Prenatal Diagnostic Techniques (Prohibition Of Sex Selection) Act (1994), Protection of Women from Domestic Violence Act (2005), Prohibition of Child Marriage Act(2006), Information and Technology Act (2008), The Protection of Children from Sexual Offences Act (2012), Sexual Harassment of Women at Workplace (Prevention Prohibition and 5 Redressed) Act (2013), Criminal Law (Amendment) Act (Death penalty for raping a minor- 2018). Healing or coming out of such a situation depends on the level of atrocities. It’s always difficult to estimate the extent of damage to individual life. Empathy and respect may help a person to open up but open communication, confidence, awareness, alertness would have safeguarded many beforehand.

Dealing with such situations require a complete approach:

1. Legal: Women should be made aware of basic legal rights. A primary knowledge of how the law in our society works is necessary. ‘How do I approach someone when I need help?’, ‘Whom do I approach to get genuine support and legal advice?’ are important aspects every girl should be aware of.

2. Financial: Domestic violence is the most prevalent and suppressed violence in our society. It is mainly here that earning becomes most important. Surprisingly earning your bread helps you to come out of the situation you are tangled up in, as you are no longer dependent on the abuser monetarily.

3. Mental: Seeking help is not a sign of weakness. It is the strength you have shown to come out of your vulnerable situation. Physical assaults, intimidation, harassment, insults and defamation leave behind a deep scar. While medicine cures physically, counselling with experts, peer group help will relieve most of the sufferers from the mental burden, guilt and stigma they carry around.

4. Social: As a society, we should reduce discrimination between girls and boys from the family. Respect for women should be taught early in life to a child. Bringing up children with basic morals plays a major role in creating a safe society for women. Survivors should be made aware that guilt, shame, insult in such incidents are mostly due to social norms we adhere to. Each society has its norms. Inculcating broad-mindedness would simplify most women lives.

5. Psychological: It is a harsh battle of revival for survivors. Legal proceedings, financial impact, societal pressure can take a toll on survival. Something beyond help is required to manage life. Relaxation techniques like Pranayama and meditation tap into their inner potential to bring out the courage. While prayers build spiritual strength, hobbies build self-esteem. All of this help women rise from the situation and think clearly, firmly.

Life is much beyond higher or lower order. Life thrives at equilibrium. Right to equality is not just the constitutional right, it’s the right preserved by nature. Hence, let us think beyond gender bias. Let us be humane.

Hello,
This is such a good to know stuff,
and I must say that this article is worth the read
Great article.