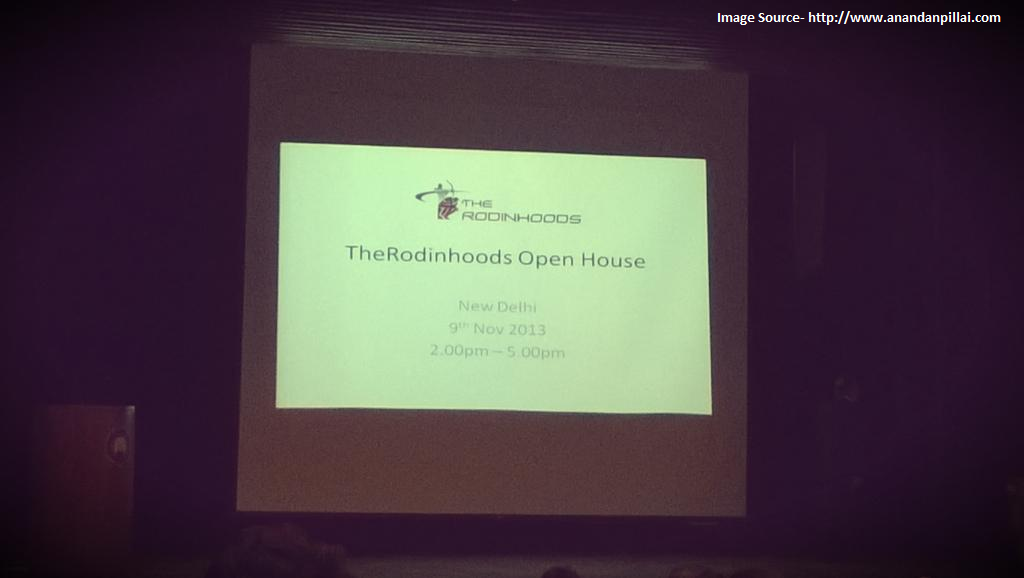 The Safecity team participated in “The Rodinhoods Open House” hosted by IIT Delhi on 9th November, 2013. The event was aimed at encouraging businesses, NGO’s and social causes and providing them with necessary guidance.

Mr Alok Rodinhood Kejriwal led the event and shared his experiences in the field of entrepreneurship.

We had the chance to interact with successful entrepreneurs like Mr Animesh Jain, VP, Marketing at HealthKart.com. New ventures like Campuspedia.com, FBPay and Arranged
LUV were given a platform and the Rodinhoods along with the audience helped in solving problems that were faced by these start-ups.
We also had the chance to meet Mr Rajesh, an auto-wallah who inspired us with his story. Mr Rajesh provides auto services on call at all hours of the day and ensures secure travel for women in the city. This was followed by a short presentation on Safecity by Niharika
Jain, our coordinator. Through the presentation, Niharika shed light on the issues faced by women all over the city, the reason behind the initiation of the Safecity movement, our vision for the future and the monumental growth of the movement in a short span of time. It was Niharika’s excellent presentation that moved the audience and generated a tumultuous response.

She posed three important questions to Mr Alok – How can we make the movement bigger? How can we get more volunteers? Should we create a Safecity mobile app?

Mr Alok said that whistle-blowing as a concept can be very effective for a movement such as ours. He said that since most women shy away from reporting incidents to the police, their friends, family members or neighbours should report such incidents. If the fear of possible punishment is instilled in the perpetrator, he will think twice before committing any acts of violence.
In order to attract more volunteers, Mr Alok suggested that we use social-vanity as a tool. Newspapers, magazines and other publications can run photos of volunteers who have made substantial contribution to the cause and this will encourage more people to join.
Regarding mobile accessibility, he was of the opinion that a mobile-friendly website will be enough. The audience members also gave insightful suggestions. One of the popular suggestions was that newspapers should print photos of unsafe places in Delhi along with the photo of the policemen or municipal
authority in charge of that area. Public shaming will definitely help create change.
All in all, the event was a huge success for Safecity. We were able to create awareness about our movement and forge many connections.

We thank the Rodinhoods for their support!

Akanksha is one of our enthusiastic volunteers in Delhi who plays an active role as a part of our outreach team.