Titas Ghosh, our Program and Outreach Officer in Delhi, has been visiting Indira Nagar Enclave in Delhi and interacting with the youth group creating awareness about sexual harassment and child sexual abuse.

At her visit on 14th September, only male members of the youth group were present for the workshop. She helped break the ice by asking them the highlights and challenges from their past week. The men shared their experiences and the work they did. After a quick quiz of their learning from the previous session, she showed them a video called Komal which explains child sexual abuse. As they began discussing the short film, the men explained that they had gained a better understanding of the right way to deal with child sexual abuse, they had learned how to confide in children, how to teach them the difference between safe and unsafe touch. In the video, they also recognised the Child Helpline number. Titas spoke to them about the importance of believing a child, helping the child avail therapy or counselling, to take children for regular check-ups. The group also discussed reasons why children find it difficult to talk about the abuse. Some of the insights from the discussion were that children don’t break their silence out of fear, threats, coercion or fear of bringing shame to the family. It was heartening to see men taking the initiative, being vocal, thoughtful and sensitive in the discussion. It was definitely a sign of positive change.

Titas visited the community again on 20th September. In this session she created awareness about the Prevention of Children from Sexual Offences (POCSO) Act in detail, highlighting points like age of children, mandatory reporting, and punishments for the offences described under the Act. The group also discussed reporting mechanisms both for children and adults and making the most of public and private provisions to ensure a child’s well-being and safety. The men, themselves, reiterated the need for similar awareness sessions not just for youth but for parents and children together. 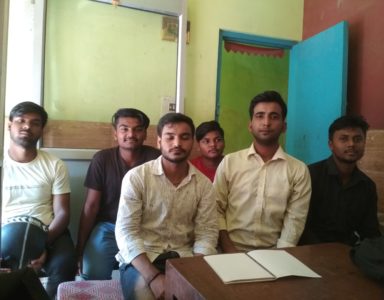 2 comments on “Awareness about Child Sexual Abuse in Delhi”

Great Article Mate just loved it the way you have described . even though i have already used some of the blog comment do follow links and it got indexed too. thanks for it once again 🙂 keep blogging keep growing..