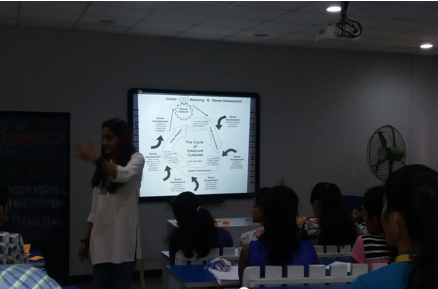 As sexual harassment faced by women is on the rise, it is the need of the hour to spread awareness about what is sexual harassment and what are the laws and regulations as well as the corrective action to be taken to protect themselves from such harassment.

The CWDC Association of Tolani College of Commerce in collaboration with Red Dot Foundation – Safecity organised a Workshop on “Gender Sensitisation and awareness about Sexual Harassment in public places” conducted by Ashwini Syed in the AV (Audio-visual) lab on 12th September, 2017 where 40 students were present.

The workshop started with questions like – What makes you feel safe? What makes you feel unsafe? and What precautions do you take to stay safe? This session worked like an ice-breaker to get the audience to talk about sexual harassment which is not openly discussed in our society.

Then the speaker dealt with gender and sex terminologies and discussed in depth the difference between both the terms. Clarity was also given on the point that sexual harassment is not only faced by girls and women but also very often by men and children as well.

In the workshop different types of sexual harassment faced by women were discussed. The three forms were :

The audience became aware about different laws which protect women from sexual harassment. Sec. 354A/B/C/D, Sec. 294, Sec. 509, Sec. 375. Sec. 376 etc. were dealt with and insights into these laws were given to the audience. The Protection of Children from Sexual Offences Act (POSCO) 2012 and Prevention of Sexual Harassment (POSH) Act, 2013 were also mentioned.

The last part of the workshop was relating to the SOLUTION for the aforesaid problem and how Safecity deals with it. Making crowdsourced data useful, Safecity extends help at Individual levels, works with Communities and also involves Institutions like Police. The speaker also mentioned about the Mobile App of Safecity which is to be launced on 21st September, 2017 which will be a ready reckon-er and a platform for getting reports on sexual harassment which are location based.

The workshop was an interactive session where the students could also put forward their thoughts and views. Through this workshop, they became aware that our society needs a change and we all have to take a step to bring the change and act as revolutionaries to make this place free of all kinds of harassment. Though change doesn’t happen overnight the change can begin from us. 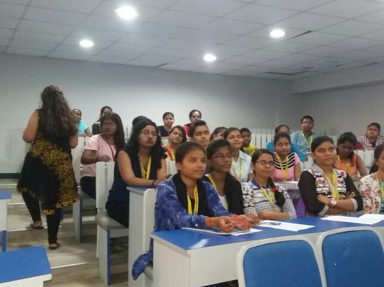 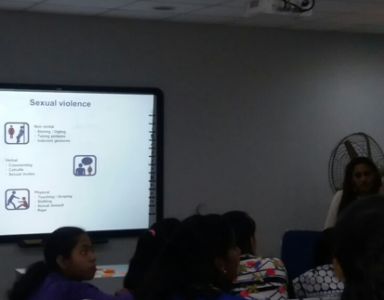 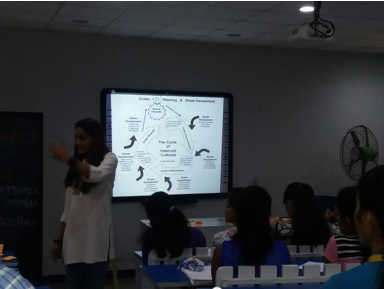 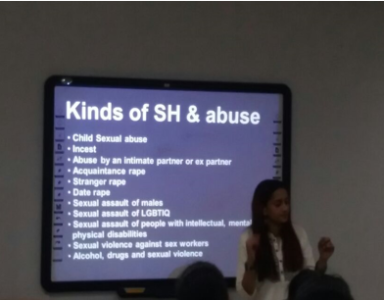