A workshop on the topic “Awareness on sexual harassment” was conducted at Nagindas Khandwala College on the 6th of September by Ms Ashwini Syed where around forty students along with their professors and CWDC members were present. 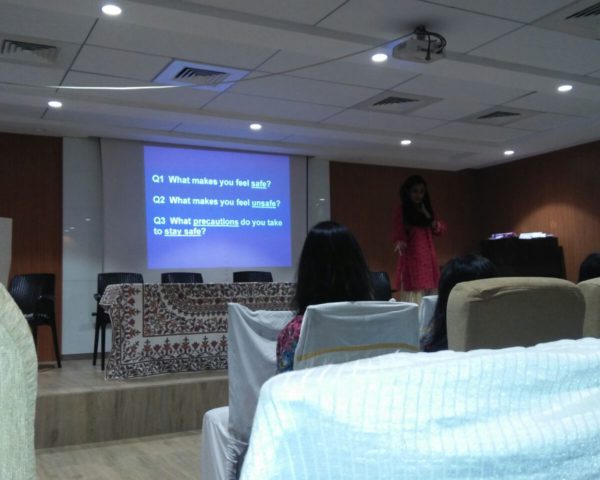 It was an interactive session and students were asked about the places where they felt safe and very diverse answers were given by the student community. The attention of the students was brought to the difference between feeling comfortable and feeling safe and that being comfortable need not necessarily mean that they are safe. Examples for this was given like, sometimes a house where they are comfortable might not be the safest place for some. Safety is subjective and differs from individual to individual and depends on the environment, housing conditions etc. The young bunch were given a brief insight into the difference between sex and gender and the exact meaning of sexual harassment was explained to them. Ashwini also spoke about how the Safecity App plays a vital role in getting the cases of sexual harassment reported. 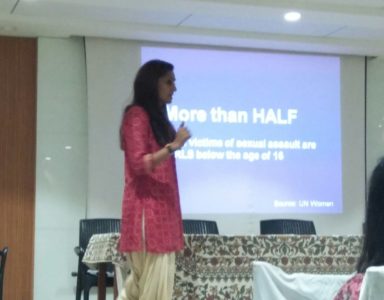 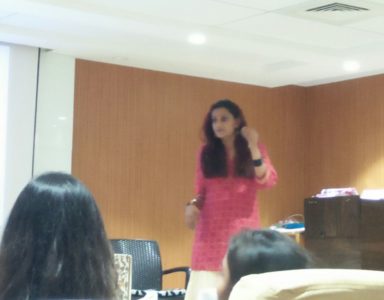 The impact of the workshop was so effective that after attending the same, many girls mustered up courage to stand up and talk about the various instances of sexual harassment or sexual abuse they had experienced. The workshop also highlighted the laws under which sexual harassment could be reported. Overall the workshop worked as an ice breaking session as it motivated all the young ladies present to talk about any such incident rather than avoiding it or feeling uncomfortable about it.

Before the session, the students were not aware of the different forms of sexual harassment and they believed that only rape amounted to sexual harassment. The students listed those places where they usually felt unsafe and it included dark places, places full of unknown people, crowded places and where they felt unconfortable. Many concepts related to the relevant topics were discussed and the experiences of famous people were also discussed. The whole thing was conducted in a very efficient manner and the students found it very informative. There was a cheerful enthusiasm among the students to learn about different things. They got to know about many new concepts related to the topic and overall there was a very good response from the college.