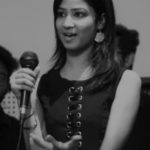 Purvi Aggarwal is a bibliophile and strongly believes that reading can work miracles. She always strives towards bringing change. Her will to contribute to something productive is what makes her restless. Witnessing the plight of women provokes her to cease it.

Few days ago, I saw a video depicting what would have happened if Cinderella was a guy. The video had a lucid moral. It showed the guy in every instance that Cinderella was in and then stopped short at the end. Would ‘Cinderfella’ ever have been read out to young boys? Why not? Every fairy tale told/ read to us in our childhood depicts women having to be saved by her hero- a man. Man has been portrayed a stronger and better homosapien in every way. This apparent sense of superiority gave men the exclusive right to exploit women and others. Now, in the second decade of the twenty first century the situation has reached its saturation point. Travelling in the trains, walking on the roads, attending ​parties, at the workplace, sexual harassment cases are surfacing more and more. Safety and security are a privilege that even a millionaire can’t afford. Today’s scenario showcases new cases of sexual harassment  in every newspaper and flashes on all the news channels. We just give a disapproving nod and resume our daily life. These cases have become topics of conversations, discussions and debates but is it going any further? So I decided to talk and then write about it with a larger audience to draw conclusions rather than just assume.

I pondered about it for quite a while and realised an absurd fact. Each time someone is harassed, the victim is discussed in detail. The odd timings she was out at, the revealing outfits she wore, the dingy area she walked in, she must had been careless, she had bad luck, she had asked for it, she had brought it on herself and so on. We rarely talk about the perpetrator, the guilty one. What was he doing out at that odd time, what was he looking for, did he look for someone he could harass, how did he think it right to molest someone? These are the questions I seek answers to. Khaled Hosseini in his book- A Thousand Splendid Suns quoted, ‘ Learn this now and learn it well, my daughter: like the compass needle that points north, a man’s accusing finger always finds a woman, always.”  This is what needs to be change. We need to think and talk about the guilty too. So I dig a little deeper in every case of sexual harassment. The results I draw are very consistent. The perpetrators grow up with a mindset that women are tools for satisfaction.

‘A woman isn’t to raise her voice and she can never deny the man or stop him from doing what he wants to. Man has every power and right to suppress her, beat her and harass her.’ This mentality has been nurtured in our patriarchal society. This mentality has been accepted as normalised to such an extent that young minds grow up to believe the same. The main cause here is the taboo we have created in our society regarding sex and sexuality. When teenagers find no one to speak to them, explain things to them and clear their doubts and satisfy their curiosity, they resort to the internet. They end up watching explicit content and porn which is unhealthy for them. This leads to corruption of their minds, development of false images about women and are desensitised to aggression and violence in sexual acts. They sometimes harass women because of their thoughts because it seems ‘normal’. Here I find that morals play a vital role in shaping young minds. This is where we need to work stepping out of the box of deciding how women should behave. Instead, we should develop a mindset where one accepts the different ways in which a woman acts and even if one disagrees with it, this doesn’t give him any right to disrespect any woman.

If we choose to work towards finding the root cause behind such cases instead of talking and soon forgetting about them, we can make the situation better and allow women the opportunity to experience what feeling of safety and security feel like.