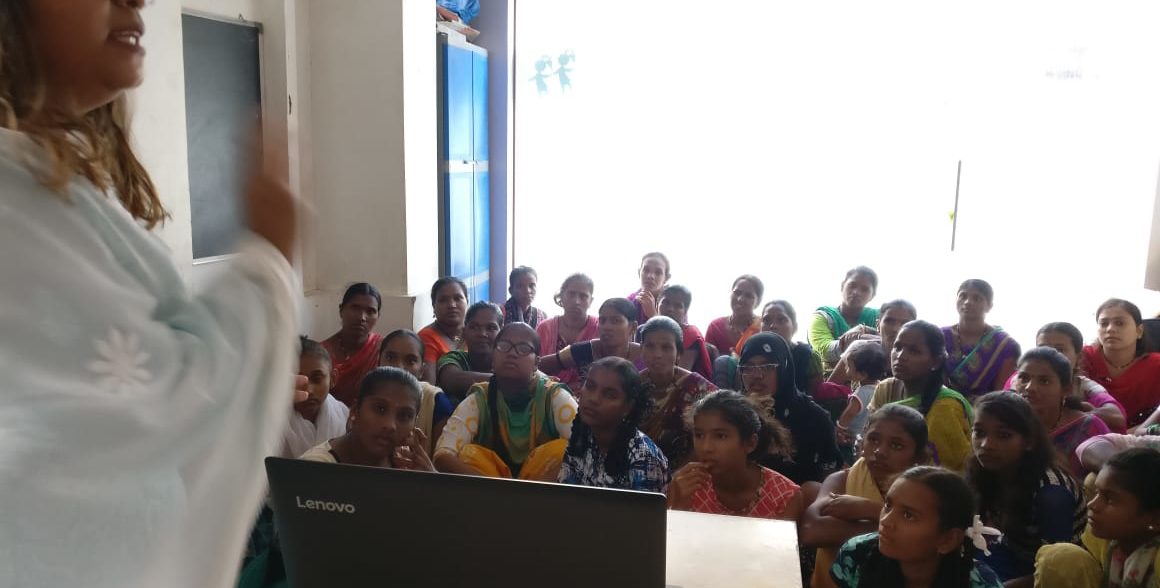 Priya Tiwari, the Volunteer Outreach Officer at Safecity, along with the Rotract club of SIES College, Malad and Gift NGO, conducted a workshop creating awareness about Menstrual Hygiene for around 20 children and 15 women from the slums from Malad on 24th November, 2018.

It started with talking about puberty and changes that are generally seen at the onset of puberty in both girls and boys. Then we talked about menstruation and the challenges it presented in daily life.

After all the scientific and technical aspects of menstruation was dealt with, came the part where all the superstitions and myths about menstruation were busted.

The idea of women being impure is still so prevalent that the family of a woman on her period does not eat the food made by her. We also came to realise that women accept the idea that they are impure while menstruating and do not question social customs. They accepted that they should not work, touch the pickle jar or even cook food because they are supposedly ‘impure’ while on their period. After breaking these stereotypes and myths and why they are illogical, unscientific and wrong, the workshop concluded with pictures clicked and children showcasing what they had learned Kathak, self defence, Yoga, Mehendi, etc at the NGO. 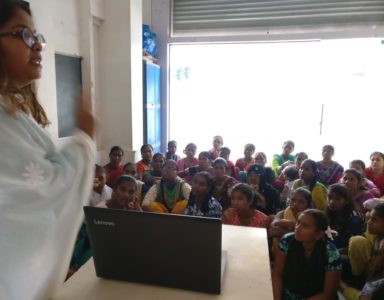 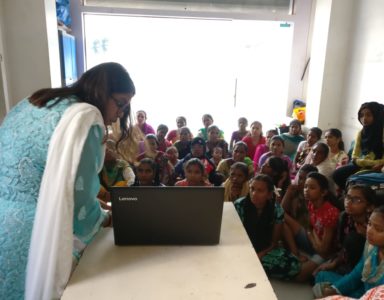 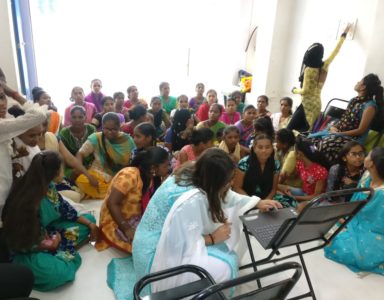 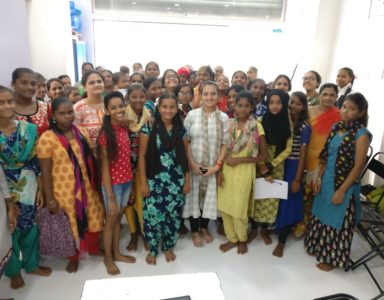