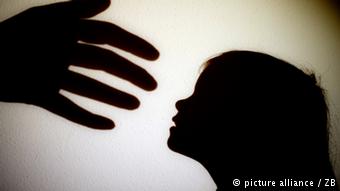 Renita Siqueira is currently pursuing her third year of BMM in Mumbai. She has been an avid reader since childhood. Being a creative person, she enjoys art and craft and makes cards for family and friends and paints t-shirts. Movies, books and listening to music are a part of her staple diet. She loves spending time with friends and believes in being herself. She’s always expressed herself better through the written word and discovered her interest for poetry at the age of 15. She pens down some of her thoughts on her blog- http://ren-creations.blogspot.in/

When people brushed past her, she flinched

Her brown eyes would follow their footsteps intently watching their way

She’d learnt her lesson in her younger days, she wasn’t going to fall prey

Though her mother missed her, she liked living on her own,

She was glad she had left her nest and away from it, had flown

But the thought of home brought revulsion, there was no way she was going back into that lair

The memories of those monsters had left her bruised and scarred

She remembers when she was four,

Awaiting her cousins sitting at her front door

Hunched in a circle, they would tell each other stories at night

The youngest in the family, the apple of everyone’s eye

Pampered and loved beyond measure, then, she wasn’t shy

Of all her beloved relatives, her paternal uncle had been the best

Bringing her gifts and food galore, he cared for her, at least more than the rest

He came visiting a rare day, when she was home alone

Bringing delicious jalebis, fond of which she had grown

No one refuses such sweet delight, to herself she had thought

As she gobbled up and enjoyed the entire lot.

But then her whole world went hazy. Had she relished it too much?

She fell to the floor, and then recoiled, as she felt her uncle’s touch

Seeing his face inches from hers, was the moment she remembered last!

When she woke up to her senses, she felt so ashamed

What was she to tell her mother? Could she be the one blamed?

Her body wasn’t hers anymore, it felt impure and defiled

Her heart pounding, she made her way to her mother’s room

Hard as she tried, she couldn’t describe how she had just been consumed

Gradually she lost her voice and turned into a shell

Barely alive, she was living a different kind of hell

Her soul had been tampered with, it could never again be whole

With her body and her mind, her innocence, he stole

When he turned up home again, with his usual charm, calling her a doll!

The terror that ran through her heart, she hid away petrified

“How can that demon stand there, so brazen and so bold?

His desire has turned me into an object, an empty shell, so cold”

Bearing this heavy burden, she had turned into a ghost

Since she couldn’t find the words, in a letter she wrote

That she couldn’t live life anymore and planned to slit her throat.

This set off the alarm and brought attention to her call

Her parents found the letter and saved her before her fall

Now she lives in the city, she has left behind her past

A meagre income, a simple job, but enough for her to last

The memories still haunt her, she cannot get over the scare

She now walks around with a signboard saying, ‘I’m broken. Handle with care.”

This was completely heartrending.This is not only expression that helps and makes a difference but a thought provoking piece.Trauma doesn’t end with a change in place.The baggage is carried all through life.Beautiful writing Renita!