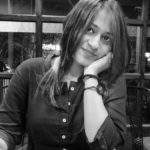 Sonia Rathore a student of forensics is currently pursuing her Masters. She is a firm supporter of “Gender Equality” and believes that everyone has their own sense of self-dignity that earns respect. She is an animal lover and has always excelled in academics and all other curricular activities. Born with a knack for writing and steered by the zeal of interest, this young blogger has a great craving for scribbling on pages and voicing it out wherever she feels is appropriate and required. Sonia believes that some day she would be able to change few norms of society and eradicate the social evils that are on the prowl, after all little efforts can bring a lot of changes!

A huge outcry arose among the residents of Odisha when repeated incidents of molests and harassments kept occurring! Where is the state exactly leading to? Well, let me brief you about the ordeals the women of Odisha are still going through..

“Odisha- the land of temples”, which was traditionally believed to be gods’ abode,

The place which is famous for being peaceful,

The place which was conquered by Great Asoka who built Buddhist shrines,

The place renowned for its artists, artistry, decoration and designs.

While we talk about the goodness of the state, it’s astonishing to hear that women are still not safe in this place. According to National Crime Records Bureau report, the number of molestation cases have boomed up to 2,251 in the state in year 2015 from 1,978 in 2014. In 2014, Odisha was ranked sixth among 35 states and Union territories in the number of rape cases registered and in 2015 it has been ranked as the fifth region for assault cases.

One such case was where a girl studying in plus two was repeatedly gang raped in the car in the broad daylight, murdered and disposed of in a jungle. Nobody even knew her whereabouts until the grief-stricken parents of the girl registered the case of their missing daughter.

After digging a little deeper, it was found that the primary reasons for the increasing crimes are:

Yes, importance that is offered to influential people and their views! Which, in other words, mean that if a rich brat preys on a poor girl then he is free to walk out without even answering or repenting for his deeds!

A certain proof to the above statement is the report of 2015 that depicts that hardly 271 cases were registered. Now the question that arises is- what happened to the rest of the 1980 cases? Vanished? Resolved? The truth is that those cases were dropped off because of “public shame”(as the society plays the blame game and puts the onus of the crime on the victim.)

I completed my education in Odisha and lived there for quite a few years. All these years never have I noticed women workers (municipal) doing their job freely. They mostly choose afternoons and evenings (around 4 pm) because these times are usually flooded with people and there is a lesser risk of harassment (typical beliefs). Not only the women workers, but even the lady police officers are no way safe. Despite being government servants and having the license to own a revolver, they are terror stricken. The incident where a lady police inspector was molested in a lift by the lawyers in the premises of High Court Cuttack this year was shocking. It is ironical as well as disappointing that a woman’s modesty was outraged in the same place where people go to seek justice. It shamed me to see so much of fear and insecurities the women of Odisha are living with!

In today’s day and age there are still certain regions of Odisha where women are forced to remain in their houses so that they can protect themselves from the hungry wolves waiting to prey on them.

Why is it that nobody bothers to hear their laments? Why is it that those who raise their voices are silenced? Why is it that eye witnesses are silenced? Yet today, despite having so many amenities, the women of rural Odisha still feel caged, unprotected and unsafe. Somewhere amidst those dusty streets, abandoned temples and huts, hopes of the unfortunate women still do exist. They hope for someone to notice them someday and relieve them of this insecurity and plight. They hope to be treated with equality someday.