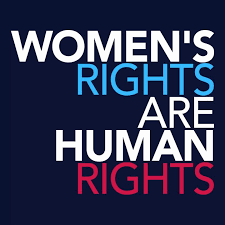 We have been talking about gender equality for decades, but even in 2014, women are subject to social, political, and economic inequalities that reinforce their poverty and exclusion. This dire statistic highlights the urgency of the problem.

Although Bangladesh has made remarkable progress in reducing the proportion of girls marrying in their early teens, the problem is far from over. By the end of 2013, over half of the 3.7 million Bangladeshi women between 20 and 24 were married before they were 18. Early marriage not only perpetuates poverty, coupled with early pregnancies, it creates grave health risks for both the mother and the child.

Another critical challenge is universal access to sexual and reproductive health and rights (SRHR). The Sustainable Development Goals that were finalised at the 13th session of the Open Working Group held in New York, have failed to advance on agreements made more than 20 years ago by not recognising that a truly transformative agenda must ensure the full respect, protection, and fulfilment of SRHR.

Women’s sexual rights as part of her human rights are still not accepted, although this was introduced and prioritised as an international public policy issue at the 1995 Fourth World Conference on Women (FWCW) held in Beijing. Bangladesh is one of the 189 delegations that adopted the Beijing Declaration and Platform for Action. However, we have not yet achieved universal access to SRHR.

In our part of the world, we see primarily men making decisions about their sexual partners, preferences, and privacy. We also see that the perpetrators of sexual violence are mostly men. Is there a correlation? You can determine that. The lack of access to SRHR, including information, services, and supplies has had detrimental consequences on Bangladesh.

Illegal abortions have been rising in Bangladesh at a shocking rate, with more than 150 abortions on average taking place every day in Mirpur and Shyamoli areas alone. The combination of legal restrictions and unskilled procedures at unhygienic facilities negatively impacts the health of the abortion seekers who end up suffering from several complications, infections, haemorrhage, and other long-term health problems.

We need to make the decision-making process more equal so that women, like men, can have access to these rights. We need laws and public support to enforce sexual rights. This means that we also need access to the information and education to make these decisions. Comprehensive sexuality education (CSE) is a key area of action in this respect, that equips young people with life skills and empowers them to make healthier choices and autonomous, informed decisions.

Countries and regions perceived as conservative, including Tanzania and Malawi, have affirmed a landmark commitment, the Eastern and Southern Africa Ministerial Commitment, which aims at improving CSE and youth-friendly services in Eastern and Southern Africa (ESA). 20 countries in the region, having made this commitment, have been spearheading movements to support sex education and improve sexual and reproductive services for young people. Bangladesh cannot claim to be a progressive nation unless it adopts and implements desirable interventions that advance women’s rights similar to the ESA initiative.

Gender justice also relates to climate. Bangladesh has been recognised globally as the most vulnerable country to climate change due to its geographic location and geo-morphological conditions. People from developing countries, especially vulnerable groups such as poor, rural women are the worst sufferers of the adverse effects of climate change. In developing countries and flood-prone and disaster-prone areas, during cyclone-related disasters, critical family planning services are not available for women in need, and pregnant women are at risk of death and injury.

Due to socio-cultural norms, women are also not taught how to swim, which can reduce their chances of survival in disasters. The design of cyclone shelters is not found to be gender-friendly, as reported by women who are vulnerable to coastal cyclones. The issue regarding the impact of climate change on human sexual and reproductive health is being ignored in the national policy of most of these developing countries. These are just some examples of the adverse impacts of climate change on women, specifically women’s health.

We need to end the silence and complacency around gender justice issues. This requires formulation and implementation of laws that enable women in developing countries to make decisions about their lives, for example the ability to make life-saving choices over their fertility. As we have seen in the case of Bangladesh, restricting safe abortions does not lead to lower abortion rates, it just pushes it to the illegal community.

We must break down barriers to women’s and girls’ opportunities. We must take environmental actions to protect vulnerable communities. This is the ideal time for us to act, so that we can ensure access to safe and healthy environments for all the people across the world.

This article has been written by Nausheen Khan, Bangladesh and first appeared in the Dhaka Tribune, one of the leading national daily newspapers in Bangladesh.