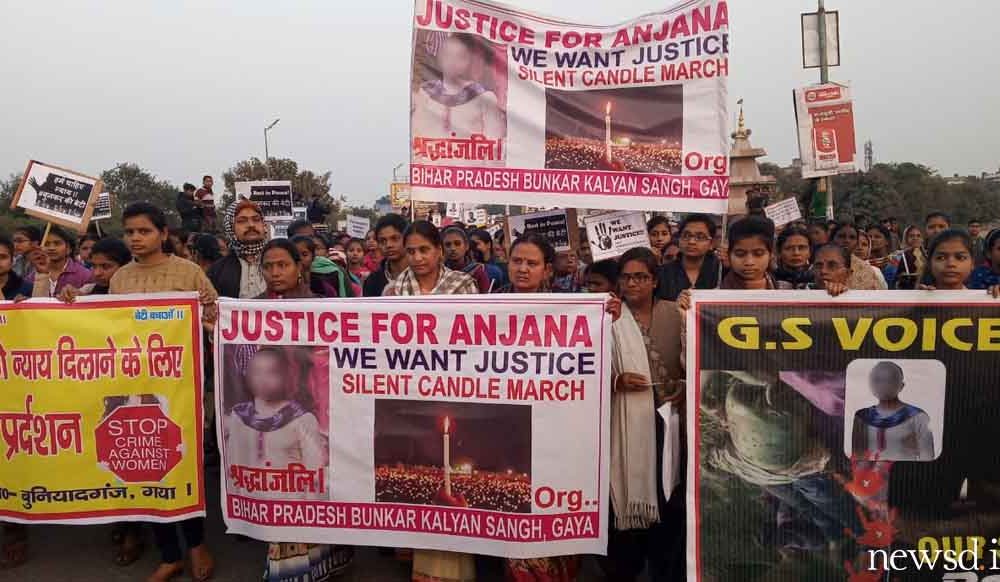 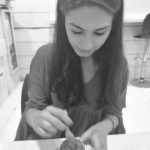 A bio-technologist with a relentless love for words, Aanshika is somebody who takes herself out for coffee and orders desserts instead. She has big dreams and a rather big craving for work. She hopes that we soon reach a state where women don’t have to fight for what is already theirs.

While plans to bring in 2019 were in full swing the world over, India fell flat on her face; and the reason, surprisingly enough, was the bestial murder of a girl child.

Let me introduce you to Anjana: She’s a 16-year-old from Patwatoli’s Manpur block, Gaya, Bihar. She belongs to the Patwa Samaaj or the weaver community. She’s the second among the four daughters to her parents. Her family’s monthly income is around Rs. 8000. She is a class nine drop-out, who takes tuitions in the evening after work.

Oh, and how can I forget, Anjana is no more!

On 6th Jan, Anjana’s body was found in a field in the Joda Masjid-Baksaria Tola locality. It was torn into pieces. Her limbs, chopped. Her breasts bore deep cuts. Her severed head was found a few meters away. Her face, burnt with acid.

Here’s a snapshot of what happened:
1. Anjana went missing on 28th December.
2. Her family tried looking for her as best as they could. With no success, they approached the police who refused to look into the matter.
3. The father again, with the help of media, approached the police on 4th Jan and an FIR was filed.
4. On 6th Jan, Anjana’s dead body was found by a localite, who informed the police. The body was terribly mutilated.
5. Her body was sent for post-mortem and forensic reports.
6. Anjana’s family and community alleged that it is a clear case of a brutal gang-rape followed by a murder. The police, on the other hand, refrain from commenting.
7. The police take Anjana’s family into custody on the basis of a statement made by Anjana’s youngest (6 –year-old) sister. According to the police, Anjana had returned home on 31st Dec and was last seen with a man who is her father’s friend. Basically, what they are trying to present is: Anjana might have eloped with a guy and on finding out about her love affair, the father planned to kill her.
8. Results of the reports reveal assault
9. An SIT committee was set up. Investigations are on.

A young girl, leaves her house for something as mundane as going to the market nearby, and never returns. Next, we see mothers all over Gaya crying tears of blood.
On 9th Jan, citizens of Bihar took to the streets as they marched for Anjana. With posters, chants and utmost anger they collectively called for justice. And by justice, let’s be clear: not the honor-killing kind. Firstly, the Patwa samaaj is not against inter-caste marriage. Second, the father is not against inter-caste marriage. Third, and the most important, we don’t even know if she was in love with someone at all! But our executive body, out of every other prominent evidence, found it more logical to believe the 6-year-old’s statement.

It’s 23.01.2019 as I write this. The last news on Anjana that I can see is about 10 days old. What’s been going on for all this while? If we can get a celebrity kid’s wardrobe updates while he’s in playschool, I am sure the media can reach Patwa toli to capture the progress in this case. Don’t all of us know what’s stopping them? Don’t all of us see where justice is headed?

It’s been 6 years since the world learnt about the most horrified gang-rape in our country. And India has seen millions more after that. For this one though, do we knowingly shut our eyes?

I wasnt so clear about this hastq until i came across your site. Thank you for sharing this information with us. I may not be an indian but im still human, this crime is inhumane. If the father was really against it why mutilate her corpse? Death would have sufficed. The media is now the place people trust, not the police. Why make films about pads and toilets? Spread awareness on rape, elope or not honour killing should strike the murderers like ancient times, an eye for an eye. After all honour killing is something ancient too haha. Jai hind