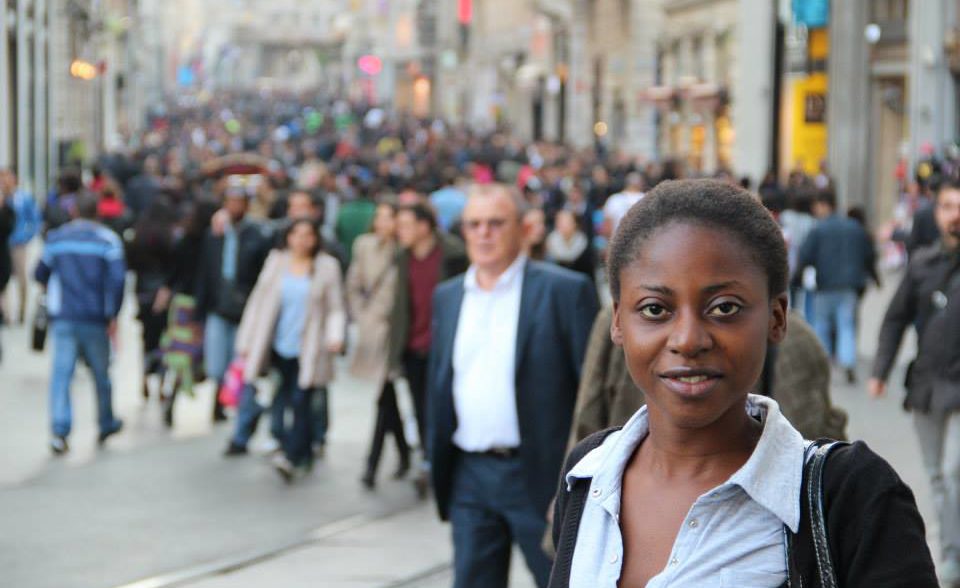 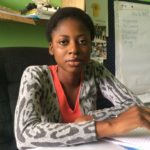 Ngwentah Berlyne Ngwalem is a spontaneous and revolutionary Cameroonian activist who loves to advocate for social change anywhere that one, two or more people can be found.  She’s been involved in advocacy for over four years, working with several organisations in Cameroon and abroad to achieve social dynamism. With a Bachelor’s degree in English Language and Literature, she likes to educate people not only on everyday ordinary discrimination but also on taboo subjects that create sneaky barriers for women, girls and other minority groups of people. She is an activist who is still learning and evolving hoping to someday fully comprehend what it takes for humans to respect one another and live in peace, then use those tools to achieve a desirable world for all.

Following is the conversation that Safecity had with Berlyne getting to know about her work in Cameroon and her experience working with Safecity.

Q. Hi, Berlyne. Could you please tell us about your work on sexual harassment and gender sensitivity and how you began working with Safecity?

A. I am very passionate about gender issues. I do a lot of online activism through the process of which I speak about  many issues revolving around human rights, women’s safety, sexual harassment and violence. I am also gracefully in love with research, in ways that either involve reading or more importantly getting to the field to collect data, interacting with people physically to help understand situations better through which solutions can be found and barriers broken in societies. I remember one particular post that I wrote about the increasingly worrisome masculine behaviour of excusing their acts of sexual harassment by blaming and using women’s way of dressing to justify the act.  This particular post spoke about a boy who claimed that women harass men too by wearing short skirts and that these girls get harassed because they mess with men’s brains. This post created a very lengthy discussion and debate on my Facebook timeline.

I believe having the privilege of meeting the Managing Director of Safecity, Ms Elsa Dsilva, during a gender data workshop has a lot to do with me finally working with Safety.  After the workshop, we became Facebook friends and kept in touch. I’m unsure whether the above discussion about the post triggered Elsa to ask me whether I would like Safecity to be extended to Cameroon but I’m sure my online activism on the subject was a very good reason for it. I was ecstatic to have been asked because I was familiar with her work on gender issues which is also something I am very much passionate about.  I wasted no time in saying Yes. In fact, my mind was made up as soon as I read her message.

Q. We’re really glad you decided to join us. In what ways have you contributed to Safecity?

A. I believe I have aided in expanding Safecity’s scope of work to be inclusive of a different cultural experience. Living in Cameroon, central west Africa and collecting data mainly from that location, people might not really understand that the problem of violence, sexual harassment or abuse might have a similar cause and pattern like that of other societies over the world when compared to all the countries from which Safecity collects their data until they are presented with the facts. But these causes and patterns in themselves are unique and reflective of a particular society, in this case, Cameroon. Now people will be able to look at the same issues through a different lens, use the available statistics to compare similarities and differences to understand the problem from different locations around the world including Cameroon.

Because of my work in conjunction with Safecity I can reflect on the data collected to have a better understanding of the experiences of people to educate them and expand our work in Cameroon and globally. When people refer to me as someone from Safecity, it’s a feeling of pride and joy that people are growing familiar with Safecity in Cameroon and our work collectively. I believe that I have contributed in giving Safecity an exclusive yet unique view of the issues of public safety and gender based violence in Cameroon.

Q. Thank you so much for your valuable contributions. Your work helps us gauge the differences in culture more vividly. How has your experience been working with Safecity?

A. Thank you for the opportunity. My experience working with Safecity has been truly amazing.  I mean, even though we mostly communicate online or via Skype, at times when I need guidance or expertise from the workers resident in the headquarters in India, it is always available. This support system really helps me get out into the field and deliver.

Q. You speak about working in the field and interacting with people. How difficult is it collecting reports of sexual harassment?

A. It is not easy. Many times I have target groups of people or locations and then I get volunteers to assist me in collecting data. These target groups and locations so far have been students in schools in different communities, older women in meeting groups and individuals. I educate these volunteers about sexual harassment, abuse and abuse/harassment as a gender based issue before we get to work. Our work is easier and less strenuous when we have volunteers from the Department of Women and Gender Studies from the University of Buea or those who are familiar with these issues of violence owing to their training.

Q. Has working with Safecity made a difference to your life and others?

A. Yes, I can say confidently that Safecity has made a difference in my life and that of other people. Firstly, for me, it has exposed me to first hand information from people about their real life situations of sexual harassment and gender based violence in some of our local communities. It has given me the chance to be able educate these people on what sexual harassment and abuse is all about. Through interaction with people, hearing their stories and collecting reports, my own knowledge about sexual harassment and violence has expanded.

I usually begin my work by educating people about sexual harassment before collecting data since most of these people are very ignorant about the many different types of sexual harassment or abuse. There are others who deem it normal because they have experienced these forms of violence for so long that sexual violence is then an internalised and normalised way of life.  When I educate them about these issues, it gives them the knowledge that is needed to fight abuse and the tools to work together in ending it. For some, it is a way to share traumatic experiences which they have not been able to talk to any one about due to many reasons like feeling embarrassed or not knowing whom they could talk to or just being sceptical about whether they would be understood. There were some who didn’t know the experience they had faced was termed as ‘sexual harassment’.  During my work in the field, I also give the people I come in contact with the different mediums both in and out of the country where they could find help if they are faced with issues, Safecity being one of the primary online services.

Q. It’s tough facing such situations and listening to people’s stories. What inspires you to keep working against sexual violence?

A. My desire to realise a peaceful and safe world for all is my biggest inspiration behind my work against sexual violence.

I am also aware of how people neglect the fact that a majority of women are victims of violence, which we have to fight twice as hard to put an end to. Since I am passionate about alleviating women and girl’s problems when it comes to abuse stemming mostly from the power imbalance visibly present in society, I see this as an opportunity to fight for women/girls to live in peace just like men are. This also gives me an opportunity to talk about violence directed towards the LBTQ communities, something that is almost completely absent in discussions about violence and harassment.

Q. The work you do is truly commendable and inspirational. We wish you luck in this momentous and life-changing work that you do.

A. Thank you. It’s been great working with Safecity.