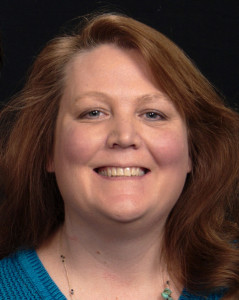 Suzanne Lea, PhD, is a social psychologist specializing in race, gender, criminology, and social justice.  She is a Rotary Peace Fellow, a Fellow with a small deliberative dialogue foundation, and CEO of Red Dot Foundation Global (RDFG).  She teaches at the University of Maryland. 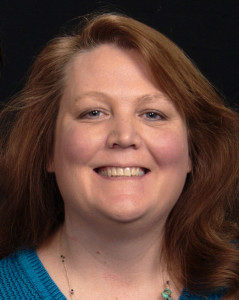 Know Our Team-  The Power of Partnerships

Nearly two years ago, in January 2016, I boarded a plane for an unknown adventure:  three months in Bangkok, Thailand, at Chulalongkorn University to undertake a Rotary Peace Fellowship.  Settling into mid-life, I found myself yearning to explore some possible new directions and endeavors.  I have two small boys, which made most people look askance at me for even considering leaving my family for three months, but sometimes you have to do something to shake up your status quo and expand your sense of the world and your place in it.

I met an amazing woman who had found herself in a similar spot some years earlier, in 2012.  She’d made a very successful career in the airline industry, starting as a flight attendant and moving up to be Vice President of routes with Kingfisher Airlines— a remarkable career trajectory for a woman in India.  Rather than lament the end of that position, as Kingfisher went out of business, Elsa D’Silva felt relieved:  now, she felt, was the time for her to become the social entrepreneur she wanted to be.  After the horrific gang-rape of a young woman on a bus in Delhi in 2012, Elsa was inspired to launch Safecity.in. 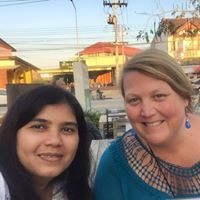 Of the twenty other Fellows that were in Bangkok, I found myself immediately and profoundly drawn to Elsa.  She had come from a background of air routes and maps, while I forged my way through to a Ph.D. in social psychology, having started off in a working-class family in Detroit.  I was the first in my family to attend college, and it was quite unusual for someone like me to go on to complete a Ph.D.  She, meanwhile, was a pioneer in integrating women into the airline and tech industries in India.  While I was drawn to understanding racial violence in the United States, I had a long-standing interest in feminism and women’s safety.  I immediately recognized the innovative nature of what Elsa was doing— the great value in seeing patterns of violence on a map— and the importance of looking closely at the data she has collected so as to learn how women make sense of and respond to sexual assault and harassment.  The mapping allows for engaging the community to develop innovative solutions to address hot spots, which nicely dovetailed with my interest in dialogue and deliberation.

We soon found ourselves collaborating and have, in the two short years we’ve become acquainted, authored Safecity’s first academic paper, which was published this fall (September, 2017).  It is entitled Women’s Strategies Addressing Sexual Harassment and Assault on Public Buses: An Analysis of Crowdsourced Data in Crime Prevention and Community Safety (Vol. 19, Issue 3-4: pp. 227-239).  We’ve also travelled together to Trinidad to explore starting a Safecity chapter there with one of Elsa’s Vital Voices colleagues, Nicole Joseph (Ms. Brafit), and collaborated to start a non-profit organization based in the United States that can help to bring Safecity to countries throughout the world (we were just granted 501(c)3 status last month by the IRS, allowing us to fundraise in a tax-deductible fashion within the United States).  We have so far raised more than $50,000 to create the Safecity app, have engaged a team to design a more robust web site that can build more of a global community of women around the Safecity venture, and have introduced Safecity to Denver, Colorado (where we launched the app in September, 2017), and Buenos Aires, Argentina.

We look forward to all the new things we will spearhead in 2018!  Happy New Year to you and yours.  May it be healthy, successful, and engaging!