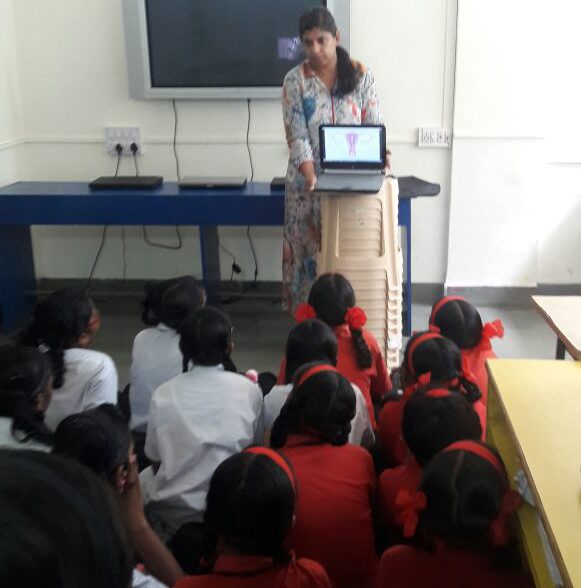 Safecity Workshops
Comments are off for this post
Tania Echaporia conducted a workshop creating awareness about Menstruation, Puberty and Safety for the children of Grade 5 & 6 at the Emmanuel Public School, NIBM, Pune on 12th Sept, 2017.
“These days girls aged 9 and 10 are starting their menstrual cycles and keeping them in school becomes a challenge.” – quoted one of the teachers.
Menstruation in India has always been accompanied by myths and taboos and adolescent girls find it difficult to even discuss the issue with parents or elders in the family. Most of them turn to their teaching staff for advice on menstrual hygiene. Even today menstruation is a secret between mothers and daughters in many families. It is not discussed in the open. 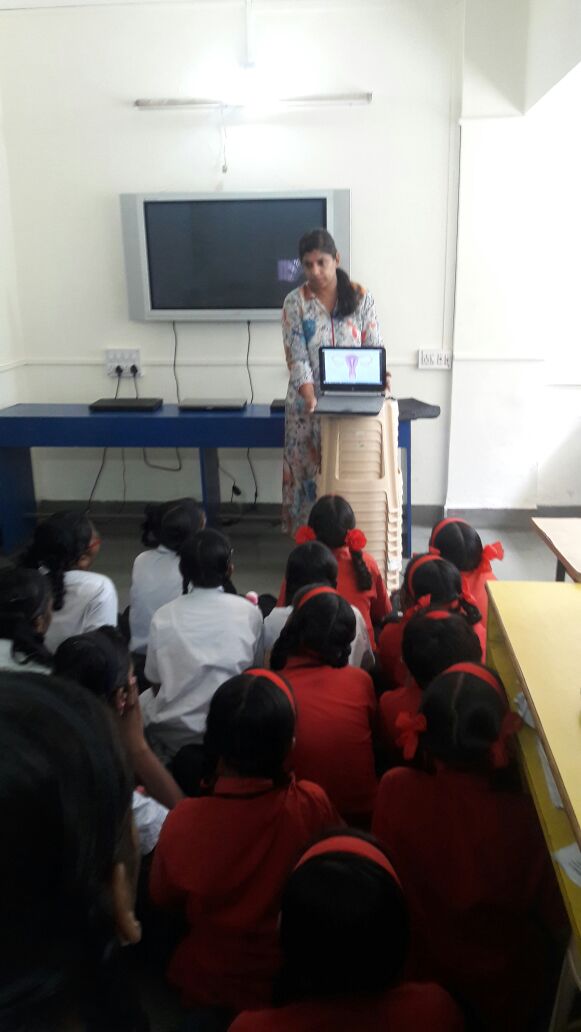 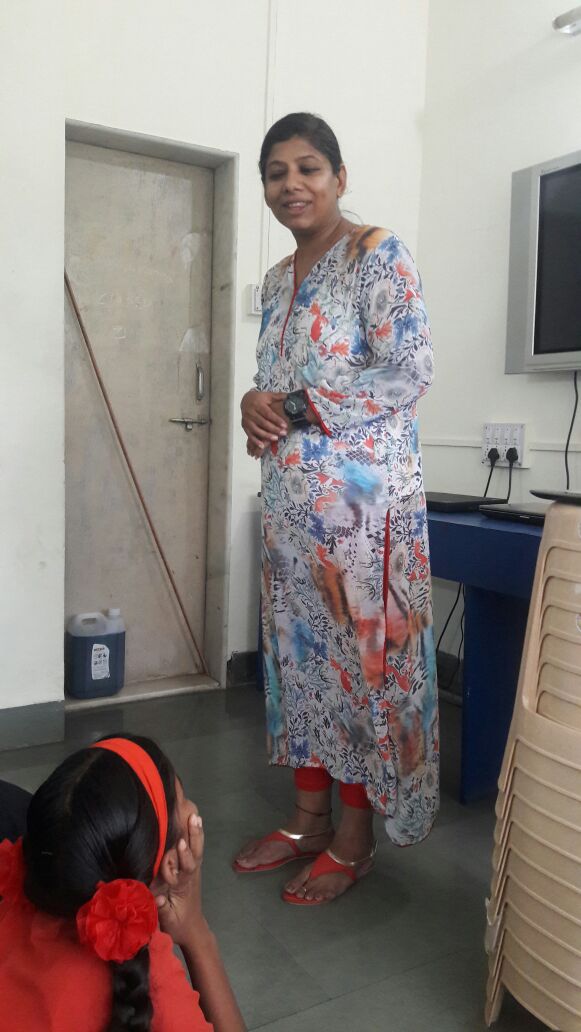 As the workshop began all the girls were initially shy but it was evident that they had a lot of unanswered questions. Gradually, the girls opened up and  shared examples of restrictions on their mobility and behaviour during menstruation because they felt ‘impure’ due to the culture associated with it.
Due to the inadequate knowledge and poor economic conditions, there are certain unhygienic practices followed by them, resulting in poor menstrual hygiene. It also leads to many unnecessary restrictions and they face many health problems and complaints, which were either ignored or managed inappropriately. 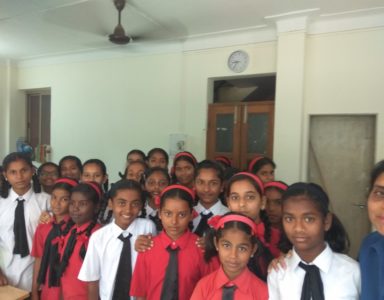 “When Tania Mam started the discussion on menstruation, we were all very shy and did not know how to clarify our doubts,” reflects one girl, looking at her batch mates, “but when she started talking about what is menstruation and how important it is to keep ourselves clean, I realised that I wasn’t doing the things I ought to do.”
Cultural taboos as well as feelings of shame were some of the important focus points during the discussion. Safe touch and unsafe touch was also discussed especially now since most of them are on the brink of starting their menstruation.
The number of questions asked post the session showed that they wanted to discuss and put to rest all their misconceptions and fears about menstruation and puberty. 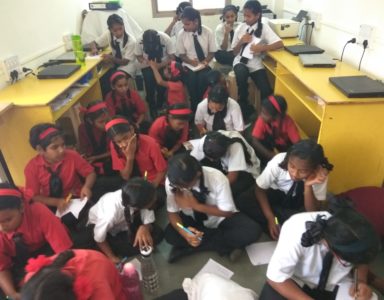 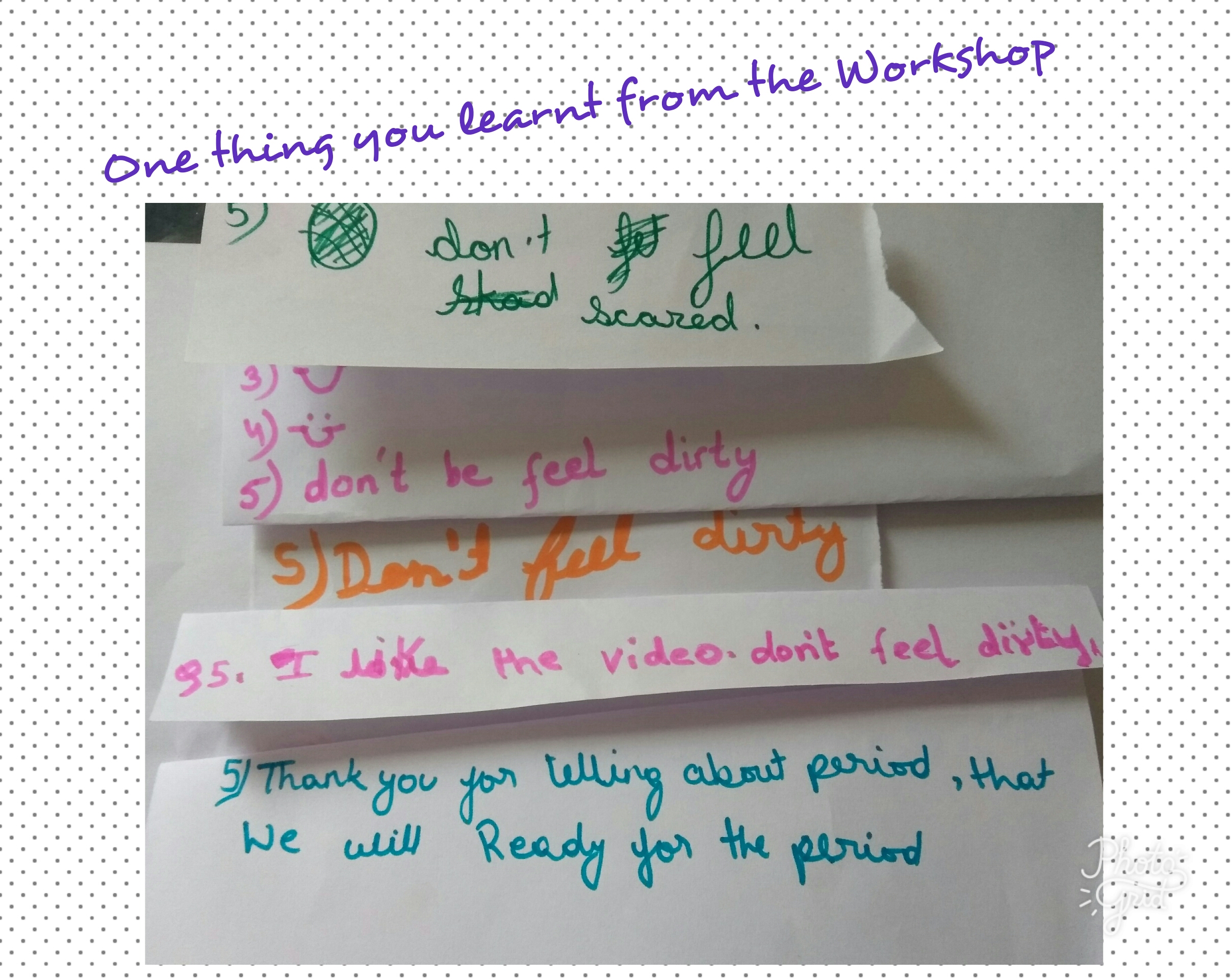