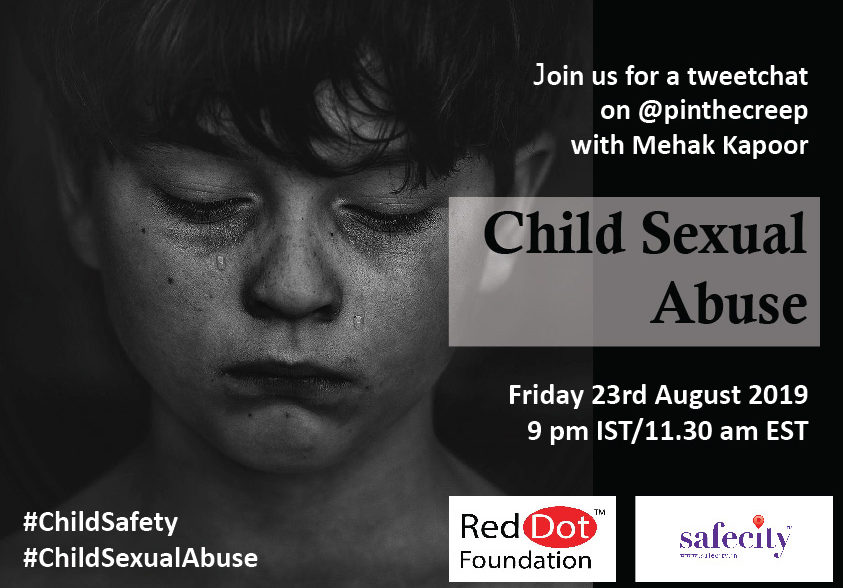 The tweetchat commenced with an essential question about common signs witnessed in a child who has been a victim of sexual abuse and how an individual can know if the child has been a victim of sexual abuse. Child’s low self-esteem, loss of appetite and withdrawal from their surroundings were the most common symptoms mentioned. The next question asked was what can we do if the child is not ready to confide in anyone about the incident. Here, the respondents stated that the situation should be handled delicately. We should approach an expert counsellor in such cases. The further discussion involved the actions that can be taken by an individual as a bystander and the role of parents/guardians in protecting the child from sexual abuse. The responses suggested that the safety of the child matters the most. Also, it was suggested to reach out to the authorities. The role of parents, as discussed by the participants, is to teach their children about the good touch and bad touch. Also, it is important that children understand that they can always look up to their parents/guardians/teachers and other such important figures in such a situation. The tweet chat was interactive and informative, with one individual even sharing their personal story of having faced child sexual abuse.

A tweetchat with Mehak Kapoor!