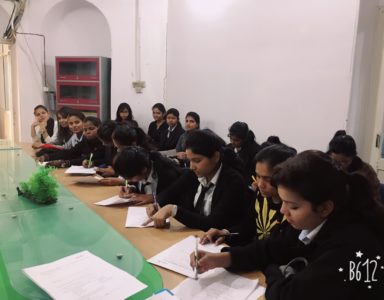 Naina Jha conducted an Awareness Workshop about Prevention of Sexual Harassment against women at the Workplace (POSH) for 40 under-graduate girls at Indian Institute of Business Management (IIBM) in Patna on 1st December, 2017. She writes,

“I began the workshop by asking the girls what things made them safe and unsafe. A few of them mentioned  carrying pepper spray and being in a crowded space made them feel safe. When questioned about street lighting, some of them said they felt safer when there were no lights or dim lights because very often light made them feel more vulnerable to harassment since the perpetrator could see them. I then explained that they could use light to their advantage to assemble the crowd and act against the perpetrator. While talking about things or situations that made them feel unsafe, quite a few spoke about feeling unsafe in the evenings. When talking about precautions, they said that having their mobile phones with them and a pepper spray were their biggest precaution.

We then moved on to talking about sexual harassment and its types. The students were a little surprised to know that ogling, commenting or staring are also forms of harassment and are punishable under the Indian Penal Code. I also explained the ”Slippery Slope of Harassment” where the perpetrator is gradually emboldened by the victim’s silence to more and more heinous crimes and eventually rape. No one is ever born a rapist. However, ignoring harassment, turning a blind eye and deaf ear to staring, commenting and remarks gives the perpetrator the confidence to commit inhuman crimes.

I explained what about FIR and the process of filing it and the conditions under which women can and cannot be investigated. I then went on to talk about the Sexual Harassment at Workplace (Prevention, Protection and Redressal) Act, 2013. Under this Act, I explained what constitutes workplace and types of harassment at workplace. I told them about the Internal Complaints Committee (ICC) and the University Grants Commission (UGC) mandate on ICC. When asked whether their college has an ICC or not, all of them said no which was surprising because UGC  mandates an ICC in every institution that has 10 or more employees.

Bringing the session to an end I spoke about consent and the need to be active citizens to reduce harassment in public spaces and how speaking up and reporting would make a difference. I explained the work we do at Safecity and how one can report harassment on our app. One of the students immediately downloaded that app to check its features. Some of the other students shared stories of their harassment.” 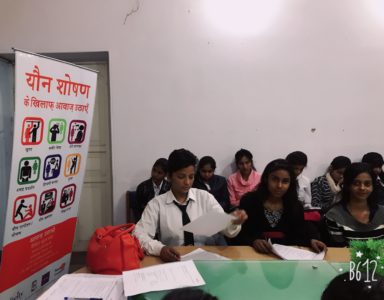 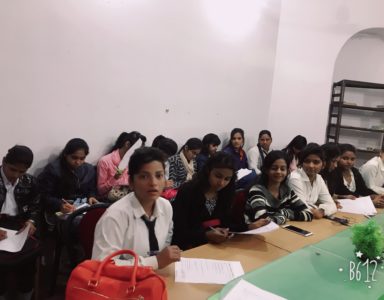