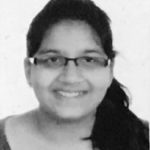 Aarushi Chitlangia is a student in Jai Hind College. She is in her third year and is aiming for a B.A. in Psychology and wants to pursue Clinical Psychology in the future. She is interning at Safecity for three months and is interested in helping decrease the obvious gender inequality.

Since we’ve begun collaborating with CSSC, Safecity has been working with the children who live in Teen Bangla which is in Khar, Mumbai. It is a slum area which is a five minute walk from Khar station and is occupied by many people. We conducted a workshop on 2nd and 3rd June. This workshop’s main aim was to create awareness about the importance of recognising safe and unsafe spaces amongst young children. 10 children ranging from the ages of 6 to 13 attended the workshop. 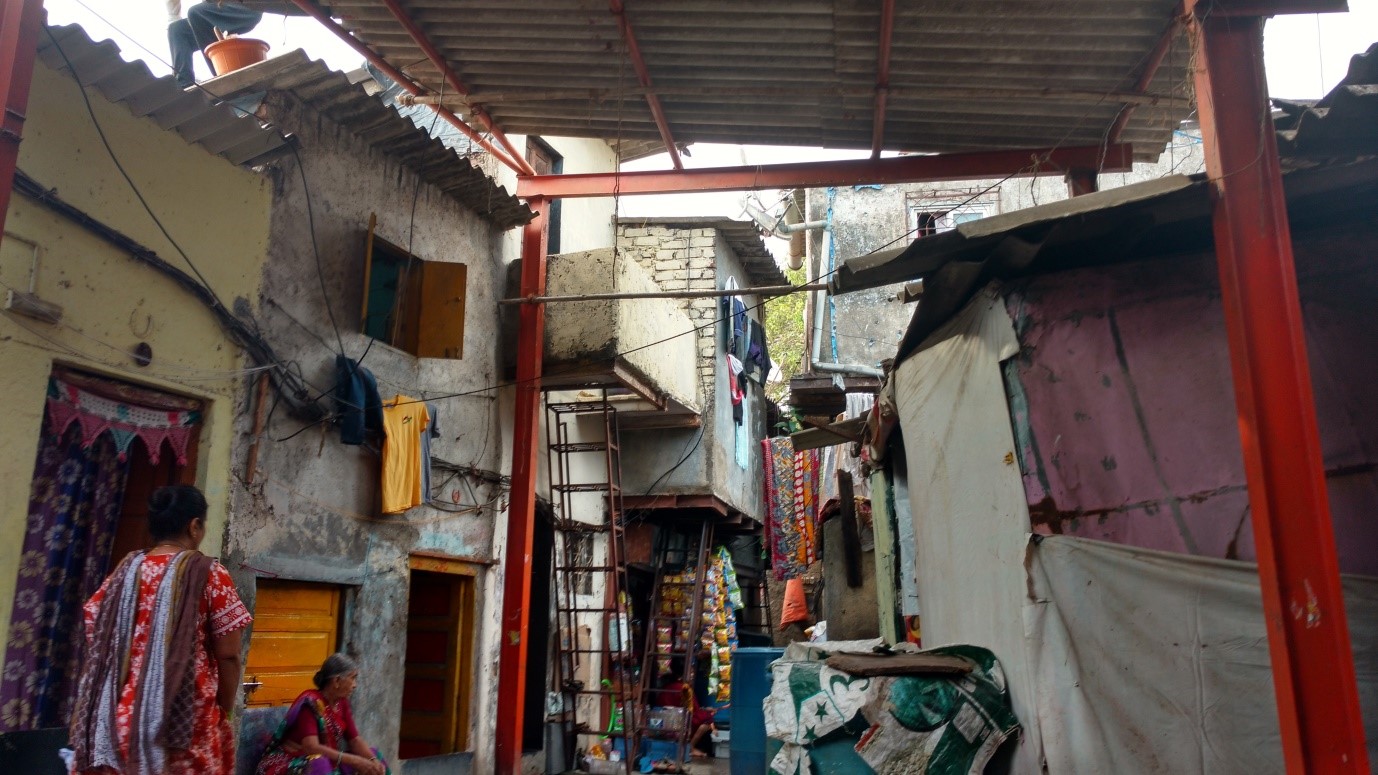 On the 2nd June, we did mandala painting with the children as an ice-breaker and to get to know them better. The children never failed to show how creative they were with their drawing skills and creativity. They showed great interest in this activity and had a lot of fun colouring. They even seemed excited for the next class. 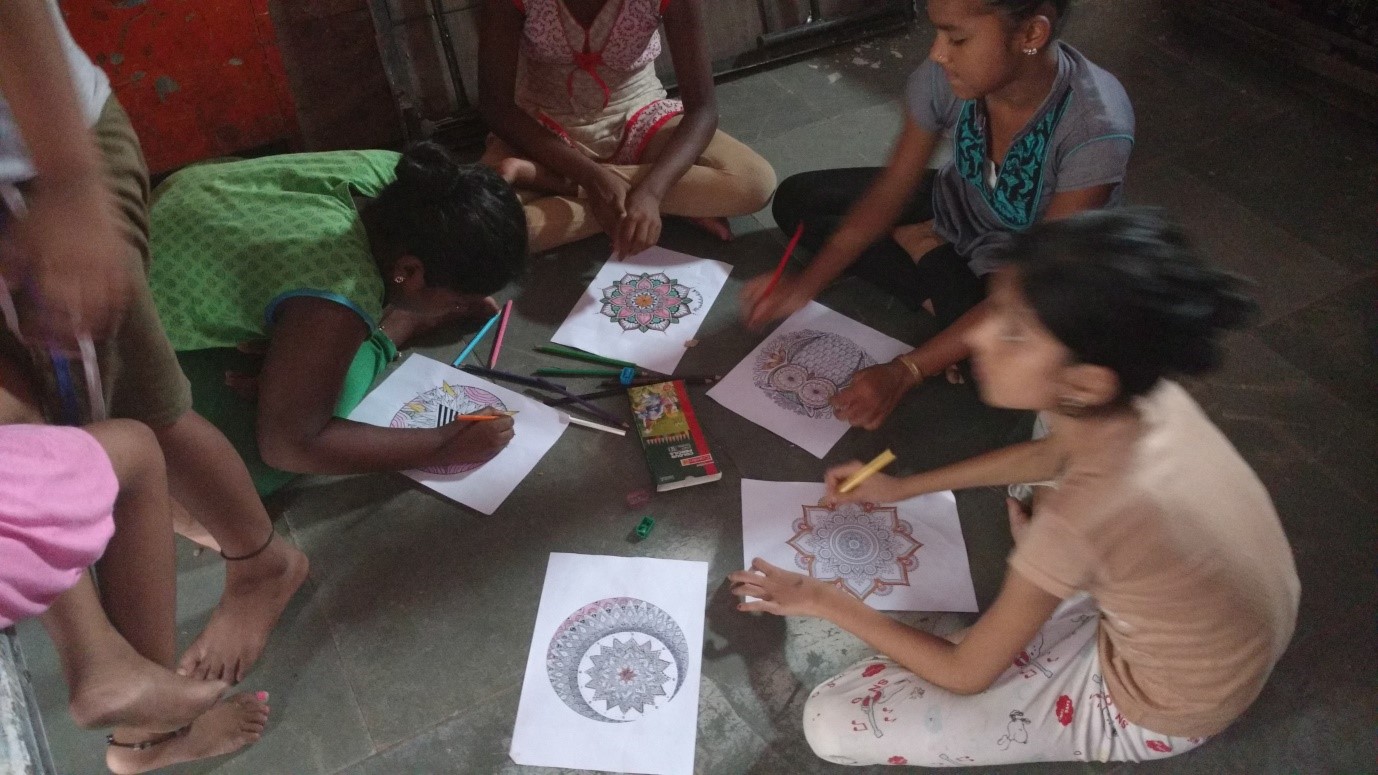 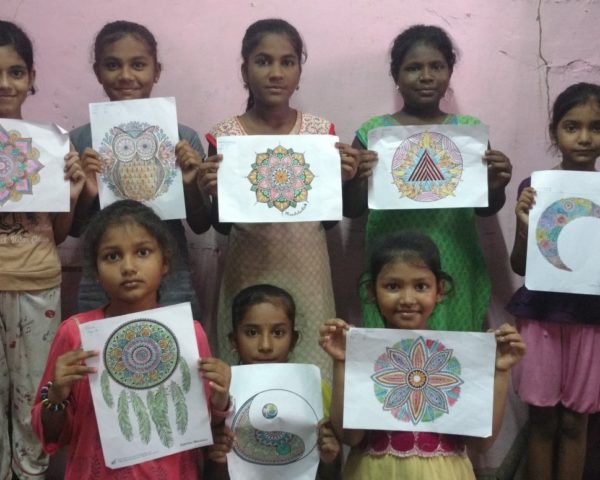 When asked to draw the places they felt safe or unsafe in, they hesitated because they were unsure of whether they could draw the whole scenario, so they agreed on just listing out the places instead. They said that the places they feel the safest were their homes, and their school. They even said they felt safe in their tuition classes and whenever they were with their parents. The closest public toilet is a ten minute walk away, which often makes the children feel unsafe and scared to go alone. They feel unsafe in crowded spaces such as the bazaar and also if they’re alone anywhere. Their homes felt the safest because of the presence of known people while bazaar was unsafe because of the huge amount of strangers. When asked to elaborate, the children said that they didn’t like going to the bathrooms because there were strangers there and it was too far. 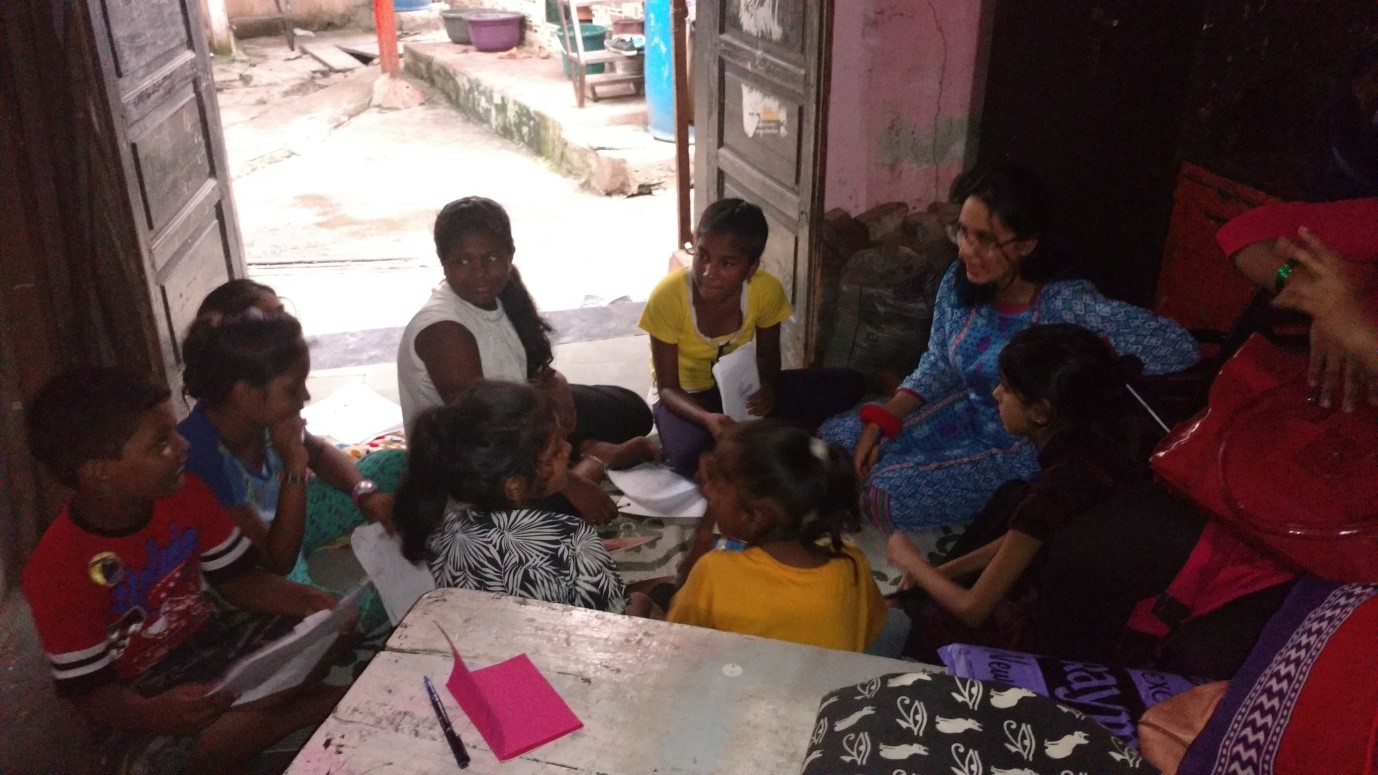 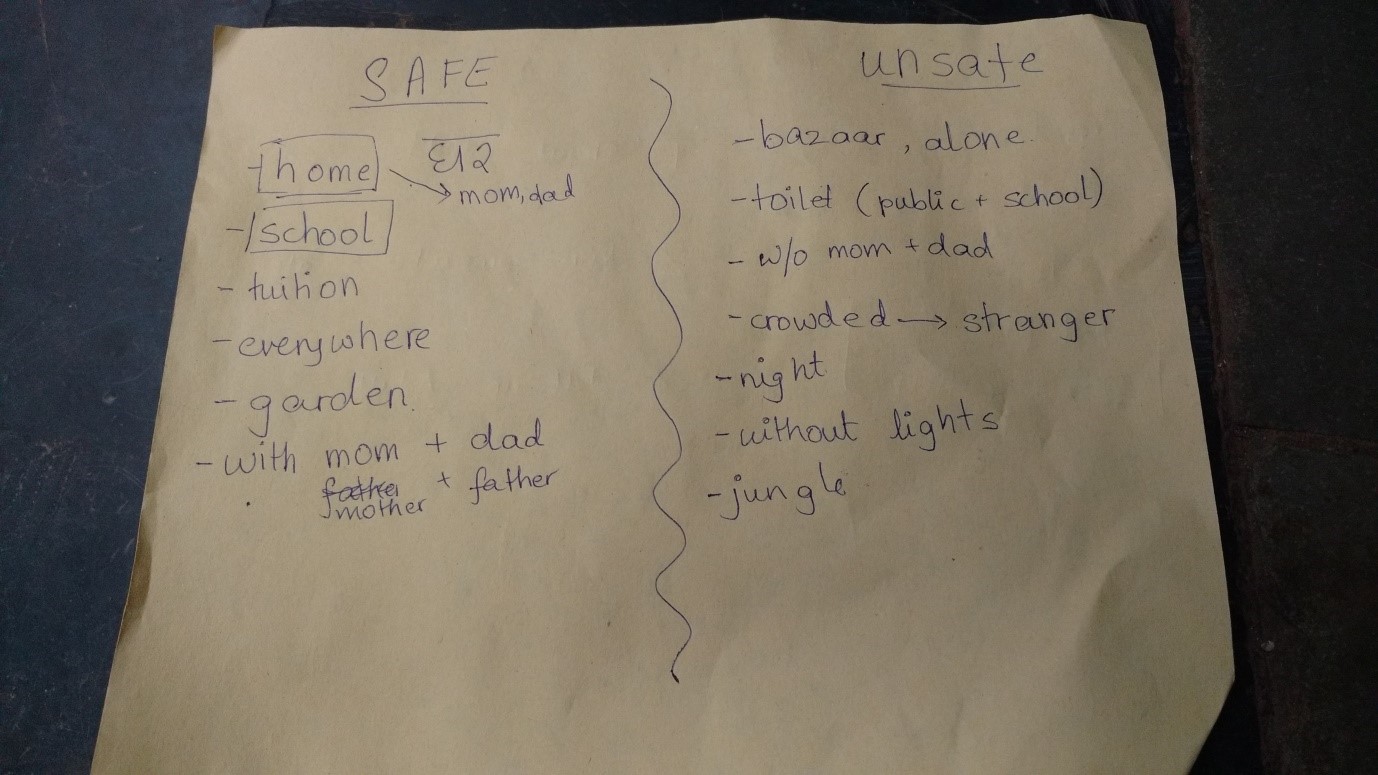 Since they were scared of strangers in the bazaar area and in the toilet, we taught them how to deal with instances such as inappropriate touching in crowded spaces. We discouraged them from hitting the person and instead encouraged them to follow three simple steps;-

They were mainly encouraged to scream the word “NAHI” (no). 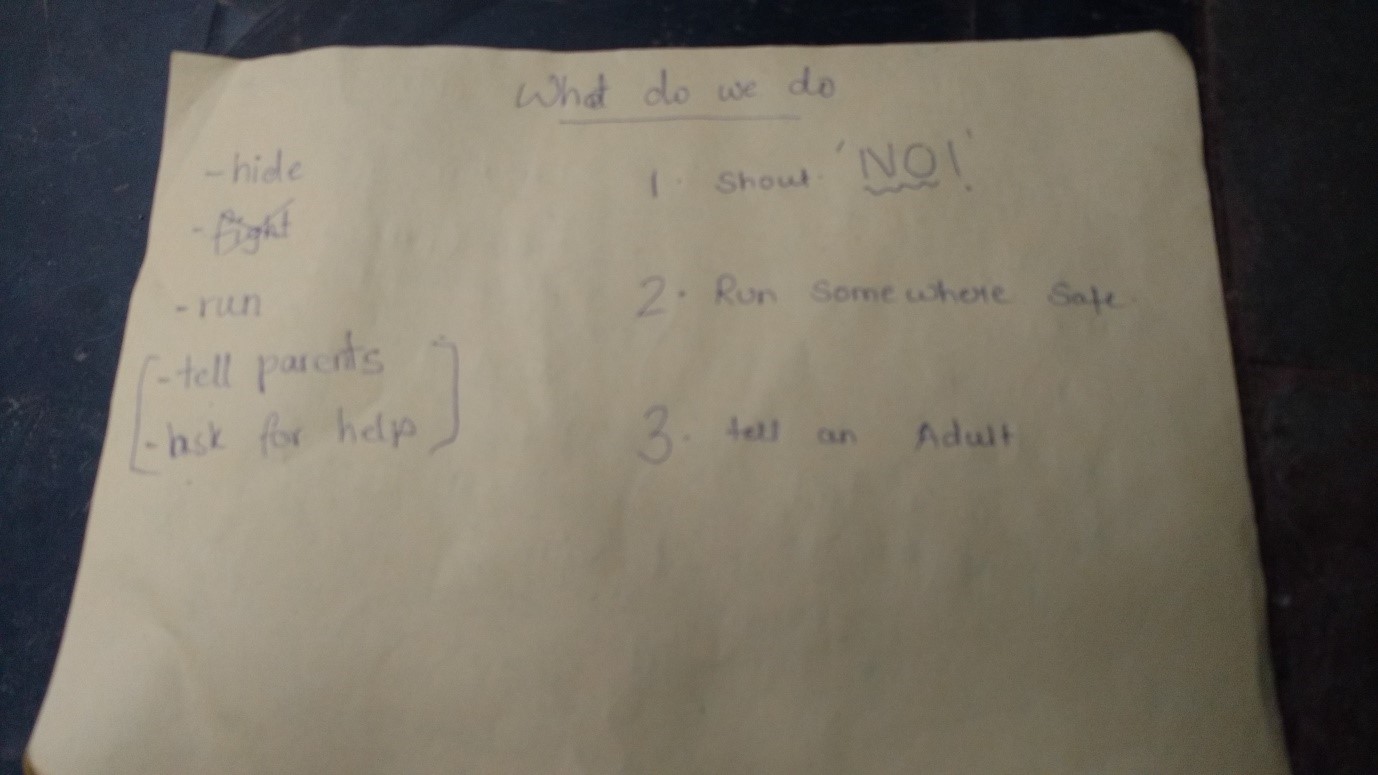 We have slowly managed to build a rapport with the children. We have taught them what to do when faced with a threat such as harassment in public and have consequently learned about what sort of areas seem to be a threat to these young minds. We have also learned about the great amount of talent these children have and what they want to do in the future.

*Names have been changed.