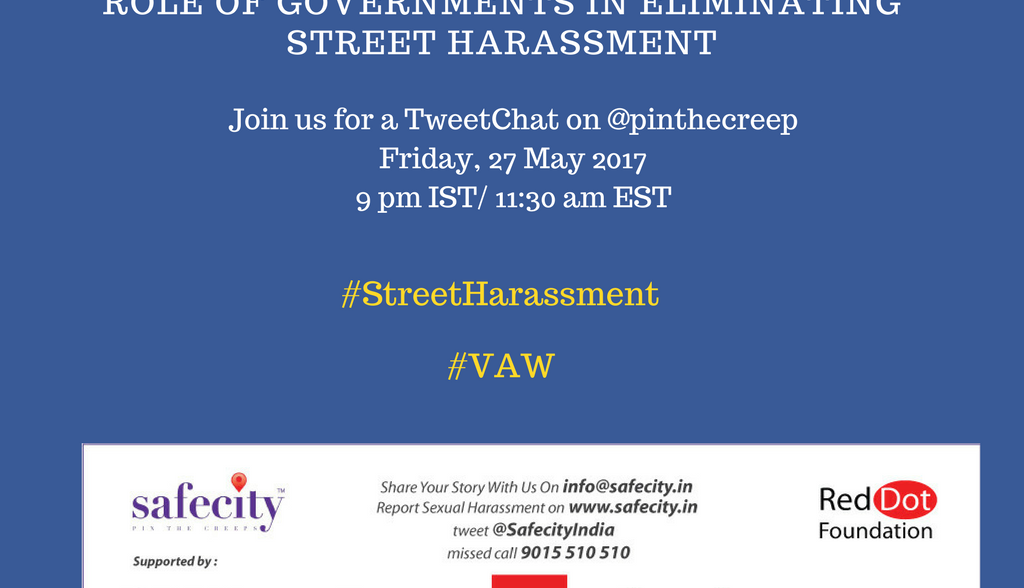 On 26th May, Sharda Vishwanathan @visharda conducted a TweetChat on the Role of the Government in Eliminating Street Harassment.

The chat began by urging the audience to think of ways through which the Government can help eliminate street harassment going on to ask whether any of them had approached a Government redressal mechanism and what their experience had been like. This brought out issues like lack of sensitivity as one of the main issues. The participants were asked about ways in which governments can aid civil society organisations to create safer public spaces and reduce street harassment and if they could share examples of such efforts already being made.

A TweetChat by Sharda!