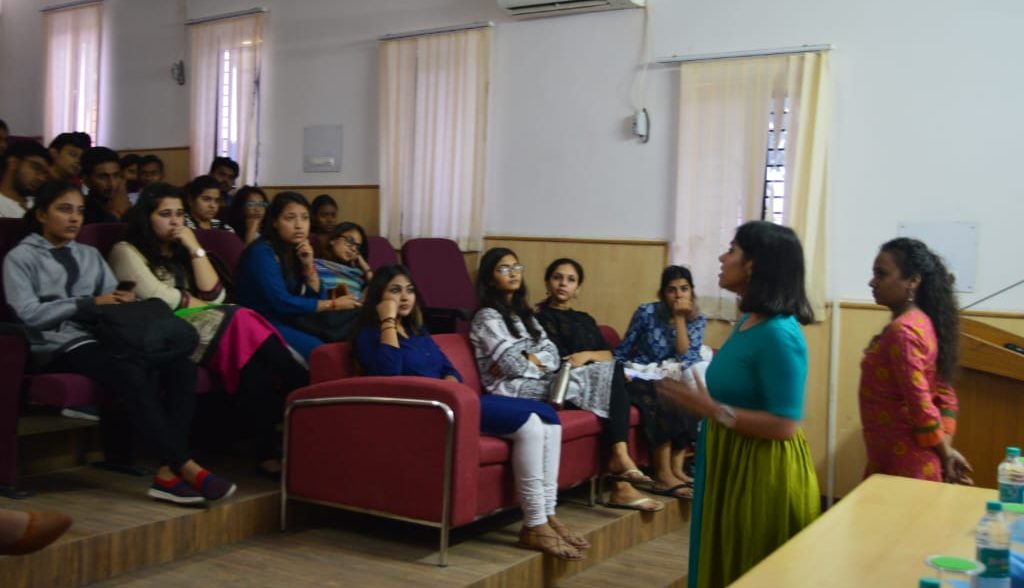 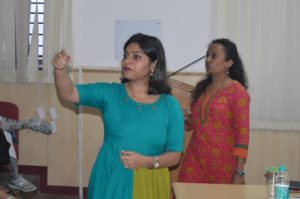 The workshop was conducted with the help of the Women Development Cell of college. Students from various academic courses in the college joined us. When asked “What makes you feel unsafe?”, an interesting observation was that girls had more answers than boys which showed that girls had more concerns about safety than the boys. While discussing how gender affects our perception, most of the participants assumed that baby in blue appear to be boy and baby in pink appears to be a girl. Hence, we highlighted the difference between gender and sex and also highlighted how gender affects our perception.

We then asked the boys whether men face sexual harassment too. The answer received was “no”. Then we broke this myth and showed them the data regarding the percentage of cases of sexual harassment with boys and girls. A discussion was also done on the role and importance of consent in a relationship and sexual harassment.  Learning laws and process of filing FIR were something new for participants and they got to learn what all is covered in the laws related to sexual harassment. 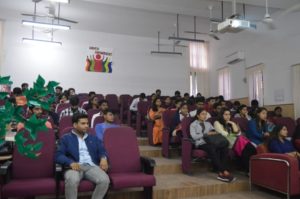 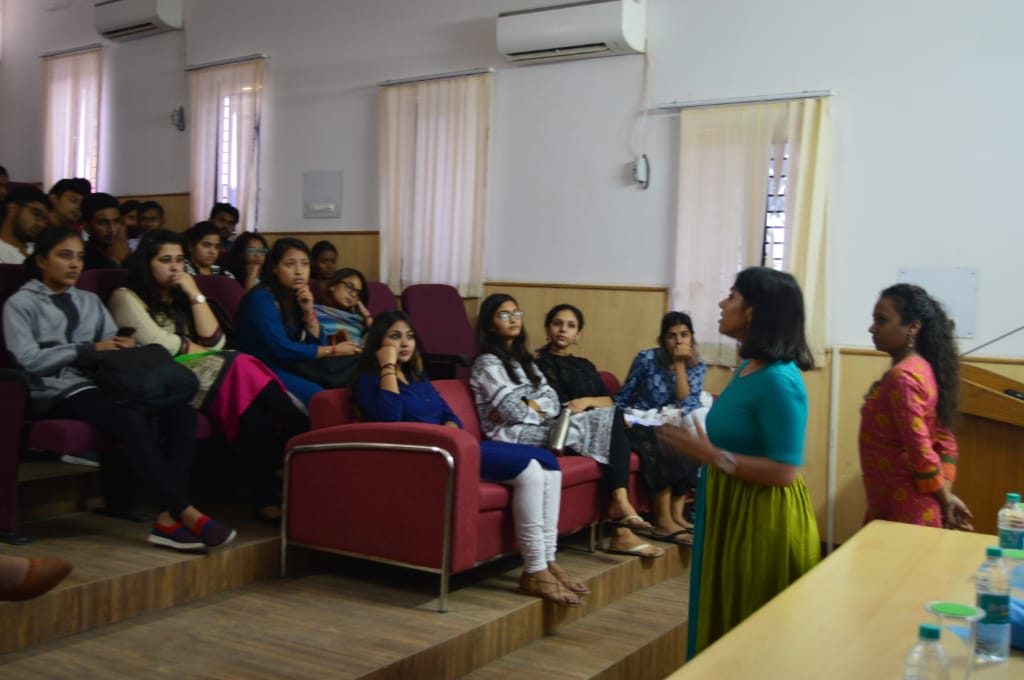 Concluding the session, the aim and role of Safecity were explained and functioning of the Safecity App was described. Doubts and questions were addressed in the end.