Safecity Activities, Safecity Events
Comments are off for this post

In 2013, the UN member states declared July 30th to be the World Day against Trafficking in Persons to raise more awareness about the victims of human trafficking and for the purpose of promotion and protection of their rights. So, on July 30th this year, Titas Ghosh of Safecity organised an event to celebrate this day with the help of Youth Outreach Officer, Vanshika Deswal.

Safecity partnered with The Sukhmanch Theatre Group in New Delhi, an undertaking of theatre artist, social activist and film actor Shilpi Marwaha, to organize a street play “Dastak” that talks about the social evils that every individual internalizes growing up in this patriarchal society. This event took place in Connaught Place in front of the metro station and had a significantly large gathering. It was a brilliantly scripted play that talked about gender bias and sexual harassment, the exploitation of women and children at the hands of men conditioned by patriarchy. 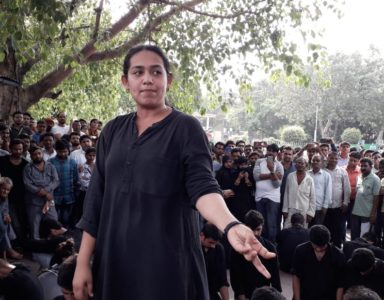 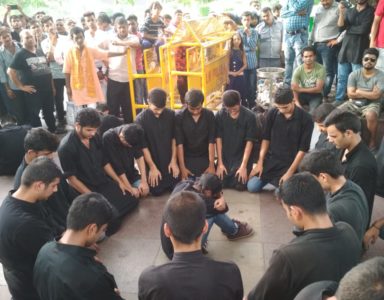 There were scenes that vividly documented the ugly reality of issues like trafficking of persons especially young girls to force them into a life of prostitution, domestic violence, acid attacks, marital rape and street harassment of women. While these scenes can be triggering and extremely sensitive, they are also highly political at the same time and educated the masses on the oppression of women as one of the minority genders in the society. 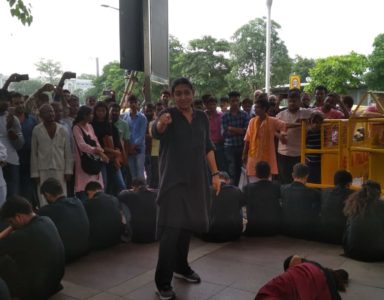 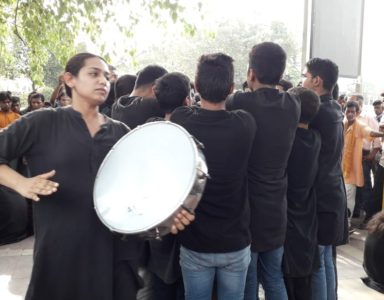 The play talked about every woman who has been stereotyped and discriminated against because of the society’s hatred for women, their sexuality, desire to grow, and invisibilization of their identity as a person instead of being someone’s daughter, sister, mother or wife. 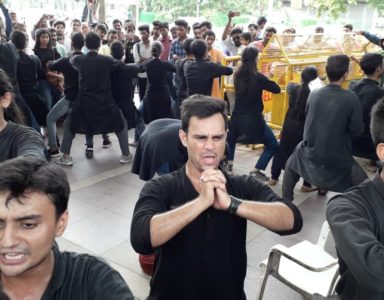 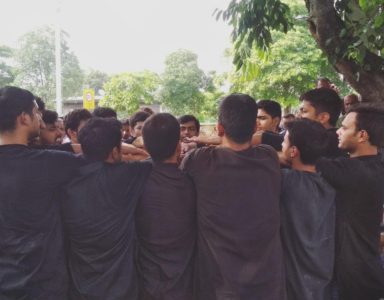 The event was initiated by mobilising the masses and urging them to be a part of this experience. At the end of the play, the crowd also voluntarily interacted with Safecity and Sukhmanch on the gender-based issues that they have personally experienced and on what all could be done to work towards a society that has a voice against exploitation of women and an agency to report such incidents of harassment.

The event also helped our members to collect around 10 reports of sexual harassment.