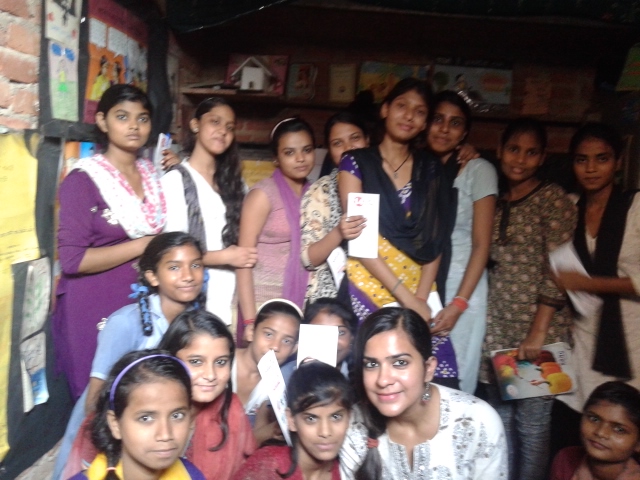 16 Days of Activism Against Gender Based Violence, Safecity Campaigns
Comments are off for this post

What began as a campaign to increase awareness on sexual violence in public spaces and encouraging reporting of the issue has now transformed into a story worth telling and hearing. 25 girls of Sanjay Camp were trained over a period of 1 month on campaigning and while we were at it, they have already started emerging as leaders. Our campaign team took it upon themselves to speak to as many people in the community, not only to encourage reporting, but also to write out reports for people who could not read or write but still wanted to report. The girls are currently undergoing computer training where they are learning typing and basic skills, they want to be able to upload these reports on their own on Safecity’s reporting platform. As they train on computers, they attended sessions to cement their understanding of crowd-mapping, the girls also created a map of Sanjay Camp and then analyzed the reports they had received to identify the emerging trends and patterns. 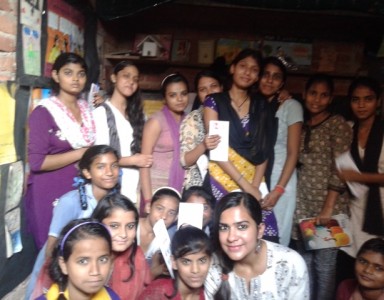 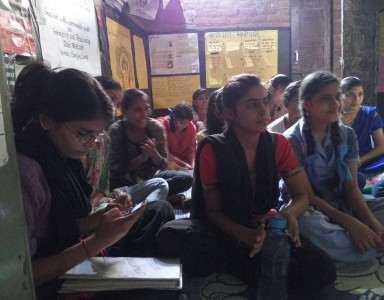 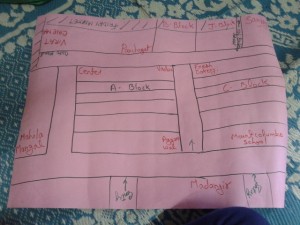 This allowed us to identify hotspots and paved way to design our first intervention. Sanjay Camp residents depend on a community toilet complex which is shared by all genders, this toilet within a few months of its establishment became a spot of increasing violence. Through a series of discussions, sessions with community members, and door-to-door interactions, the campaign team was struck by the enormity of the situation, a large number of girls and women were facing sexual violence on a regular basis, sometimes multiple times a day, in and around the toilet complex. The stories that were shared were disturbing, agitating and enraging. 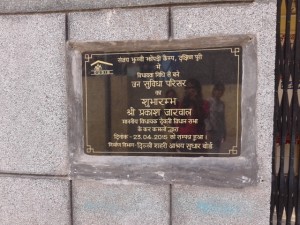 Our campaign is now moving towards its first intervention within one month of being active. In the first week of December, we are setting an awareness camp next to the community toilet complex taking into account the fact that the violators and the violated are users of the toilet and hence need to be reached out to. The objective of this intervention is to create awareness on the issue of sexual violence in public spaces, the laws against it, and what we as a community need to do to end this. 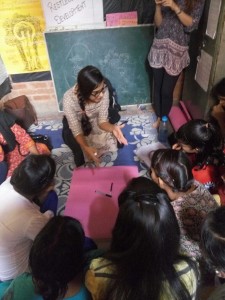 Campaign team brainstorming on the intervention

The team has set up a small crowd fund and a resource box to receive contributions like chart papers, paints, colors as we prepare for the intervention. They are contributing small amounts from their pocket money to make arrangements and have delegated tasks among themselves. The team over the next two weeks will be collecting more reports from community members, seeking permission to have access to toilet complex walls for information display, and are busy inviting local police officers and area counselors to discuss the gravity of the issue and present the trends that have emerged from the reports which will be quite a task. They are doing all of it and how! A creative bunch of girls have also come together to design murals and paintings that can highlight the sexual violence that is being reported. It is incredibly encouraging to see these girls take ownership of the campaign to make it sustainable and impactful and see them leading the way in their community to encourage collective action.

At every point, Safecity is looking at ways of building the leadership potential of each of these girls and other members of the community, and this participatory approach is where impact begins. Their zest to address this issue clearly highlights how sexual violence affects them and how they aren’t willing to take it anymore. One of our campaign team members said the following at one of our recent sessions- It does not take a lot of money to change things, it takes efforts and coming together!