Safecity is participating in the 16 Days of Activism Campaign taking place from 25th November to 10th December, 2015 by facilitating various activities aimed at raising awareness about sexual violence in general and sexual violence in public spaces in particular. This activity was conducted as a part of the ‘Safecity: 16 Days of Activism against Gender Based Violence’ Campaign.

The community toilet complex intervention was followed by a community meeting organized by the youth leaders who are working closely with Safecity, Action India and Restless Development in Sanjay Camp. The morning of December 8 saw our youth groups actively mobilizing community members for the meeting and sending out reminders to Political representatives and Police officials. The meeting began with briefing the community on our Safecity campaign and what we have been doing the past couple of weeks. The neighborhood came forward in big numbers and was motivated to join the cause of our campaign to make Sanjay Camp safer by making violence intolerable. For years, the community has experienced sexual violence of increasing intensity and the objective of the campaign is not only to highlight those patterns of abuse by encouraging reporting but also to motivate communities to take action in addressing them.

The Police officials who joined us towards the end of the meeting suggested, and left many stumped, that the situation isn’t as bad as it is being portrayed and the youth leaders along with NGO partners should not add to the hype. They were quick to reposition themselves when our youth leaders presented them with reports submitted to Safecity and other information that we have aggregated through community meetings and focus group discussions.

This is precisely what makes our work challenging, among others, when the systems refuse to believe the communities, refuse to address the reluctance people endure in approaching the police with cases of sexual violence and it only weakens the Police-citizen relationship.

A community member stood up with great courage and questioned the Police as well as other members of the system on what their efforts have been in addressing sexual violence in Sanjay Camp despite the community efforts in bringing light to them. A round of discussions, counter questioning and information presentation was followed by the Police assuring commitment on the specifics shared by the community where Police intervention is required, a follow up of which will be done by our youth leaders who are geared to scale the campaign’s impact and outreach. Asmita Theatre Group joined us in solidarity by a bringing a powerful play on the issues we are addressing to the community. 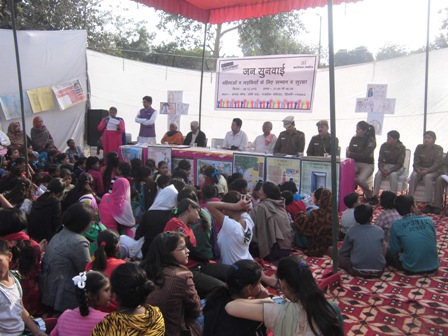 Police Officials interacting with community members at the Meeting 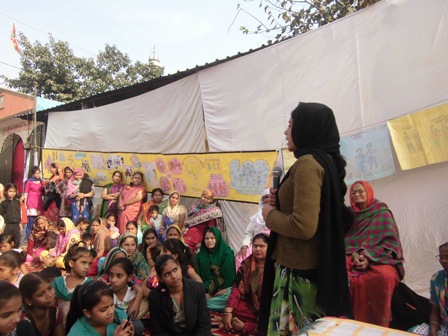 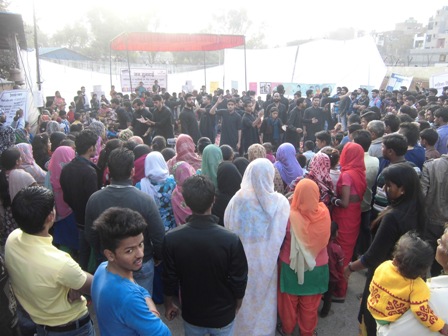 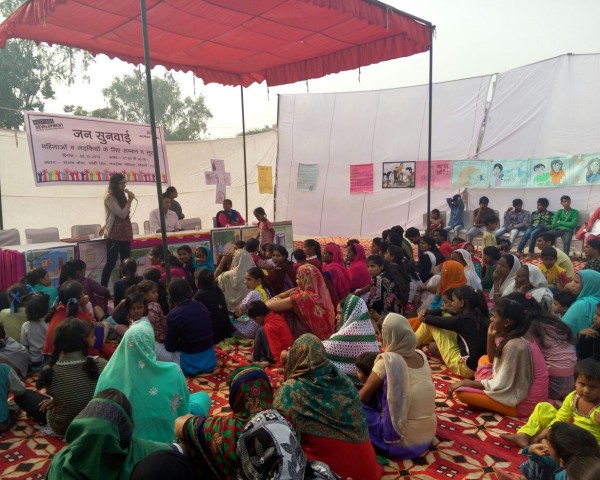 Safecity interacting with the community

The meeting allowed us to see the many challenges we as change makers face in making systems accountable and at the same time making sure that the efforts are community driven. It further emphasized the importance of reporting and how social and systemic factors influence our voices. It is inevitably important for us to report sexual violence, bring to notice the actual extent of how this issue affects us and the lives of one’s around us, for in data lays the power to influence change, to get the systems to act and for each of that story to be told and heard.

Despite challenges, technology and otherwise, Safecity is working hard at encouraging reporting and bringing communities together to end sexual violence in their neighborhoods, join us in making yours and ours voices louder!