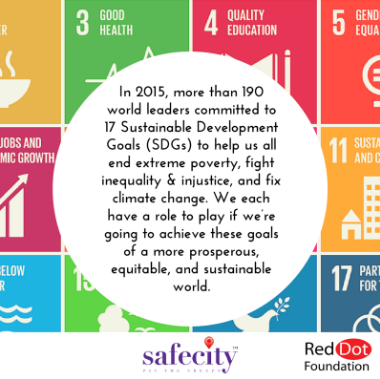 Anti-Street Harassment Week, Sustainable Development Goals
Comments are off for this post

For the entire month of April, Safecity made a case for safety, especially women’s safety in our cities and communities – one of the targets of UN’s Sustainable Development Goals. As a part of this worldwide effort, our focus was on Goal 11 – ‘Make cities inclusive, safe, resilient and sustainable’. 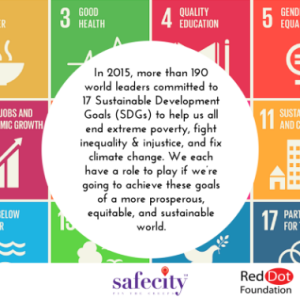 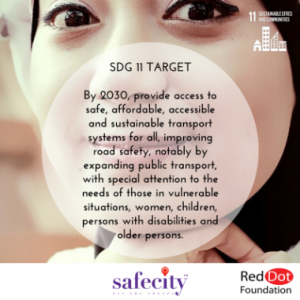 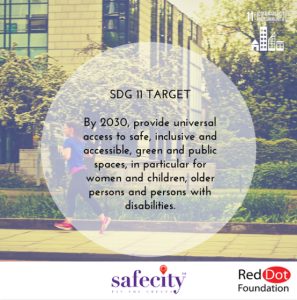 Women aren’t included in the decision making and planning processes of cities, infrastructure, amenities, transportation, safety, health, etc. Hence, urban cities are not experienced in the same manner by men & women. This leads to inequalities in countless respects between the genders, having paved the way not only to a huge gender gap but also to dangers that threaten the well-being of all citizens.

Impact of Omission of Women in Urban Planning – 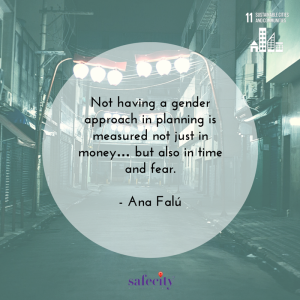 Tweet Chat on Safety in 100 Smart Cities of India – 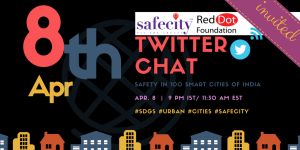 This Tweet Chat focused on safety, of especially women, in the 100 smart city project of India.

The whole chat is compiled here.

Key Points from the Chat – 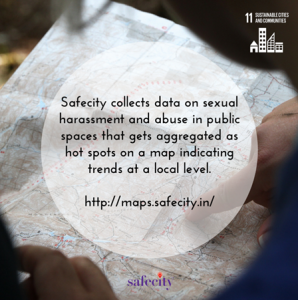 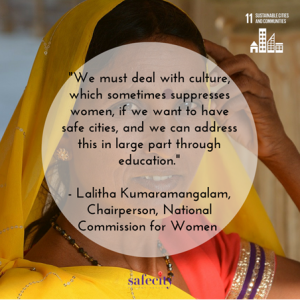 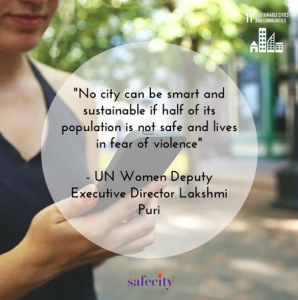 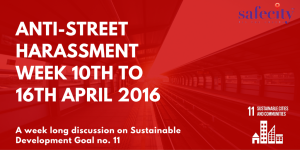 Amazing activists and individuals around the world work hard year-round to make public places safer but once a year, Stop Street Harassment aims to help amplify these voices and get global mainstream media attention for the issue of Street Harassment by collectively speaking out together during the  Anti – Street Harassment Week . 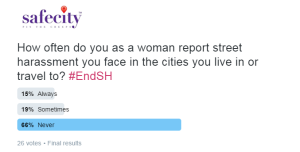 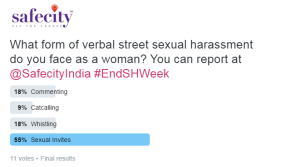 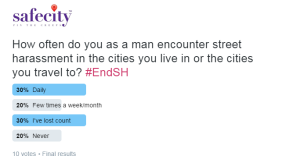 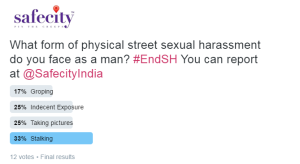 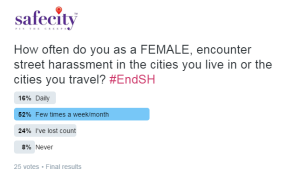 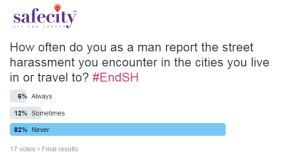 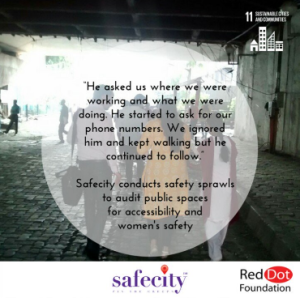 (We at Safecity are crowd-sourcing stories of sexual harassment on our reporting platform where one can report anonymously or unanonymously. These reports are sent to the Police with whom Safecity works closely. This data is also utilized to track trends and help communities develop sustainable solutions.) 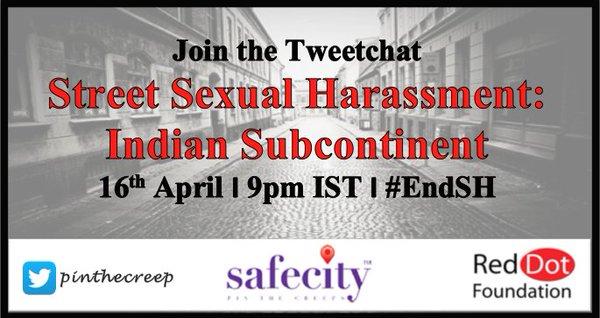 This TweetChat focused on street sexual harassment with respect to India and how harassment in the country differs from that in others.

The whole chat is compiled here.

Key Points from the chat –

Read more about this here.

You can read about all the activities conducted by Safecity for International Anti-Harassment Week here .

Anuja Sawant returned as a primary force to bring the discussion on SDG 11 to a close. Urban transportation while speedy are inaccessible to various hindrances. 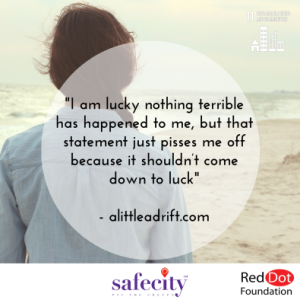 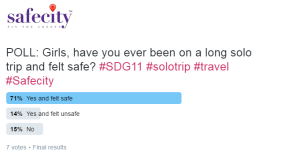 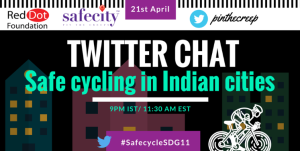 This tweet chat focused on cycling in Indian cities, its joys and the many hindrances to it due to safety, traffic regulations, infrastructure, public opinion, etc. The whole tweetchat is compiled here.

Key Points from the Chat –

More than half of the world’s population now live in urban areas. By 2050, that figure will have risen to 6.5 billion people – two-thirds of humanity. Sustainable development cannot be achieved without significantly transforming the way we build and manage our urban spaces. This change begins with the authorities and each one of us. We are responsible for the execution & success of SDG 11.

With this, Safecity’s coverage of SDG 11 comes to a close. Follow us @pinthecreep to keep up with the SDGs and more.