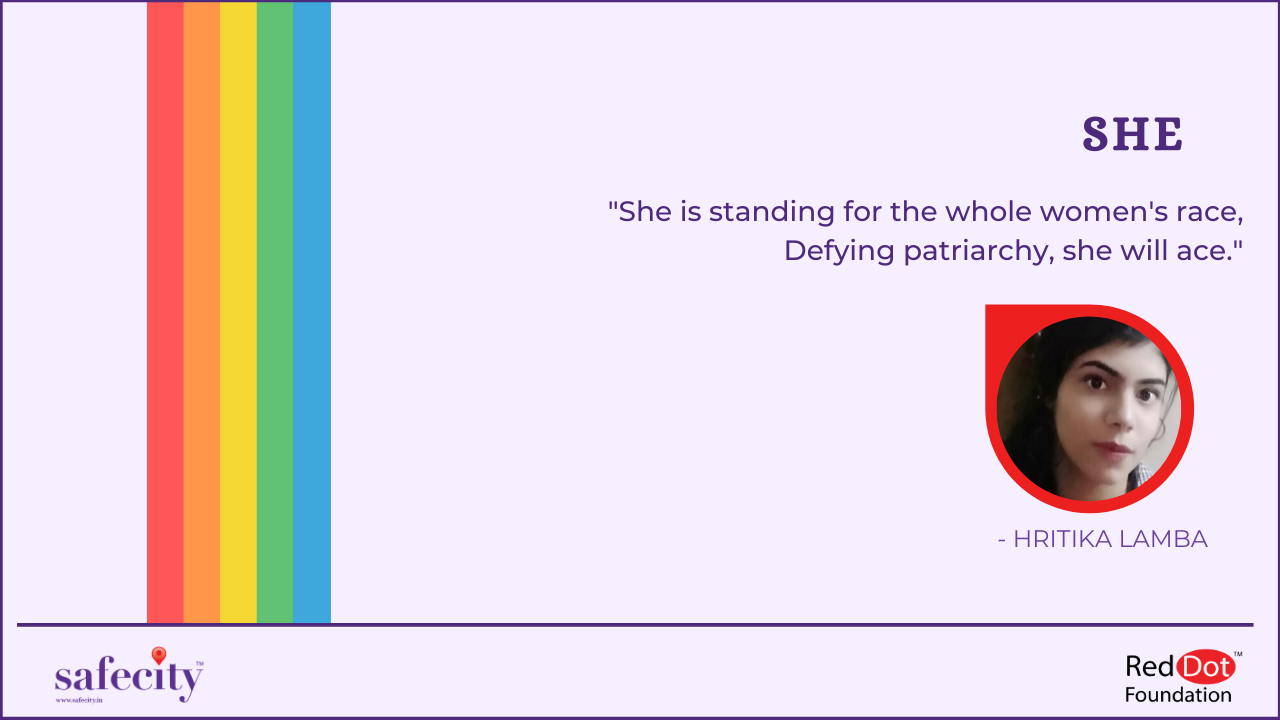 Hritika is a literature enthusiast with a passion in writing and reading and is also a student at the University of Delhi, pursuing honours in English. She recently joined Safecity as a blogging intern and cherishes being part of Safecity for its noble purpose.

In the cages, she is dying,

being suffocated, she keeps on crying.

No escape can be found,

tied in ropes, she is bound.

Despair has reached its peak,

liberty is all which she seeks.

Waiting for something to do her healing,

to give her captive life a meaning.

Something or someone to cut that rope

and take her exhausted soul to lope.

no one ever comes for her help.

Out of many, in the city,

at her wounds, no one pities.

So cruel they have been,

Their faces show no trace of  guilt,

Attempts for mercy are in vain,

realizes that her powers, only she herself can attain.

she wipes off her tears

She has a will

to show up her skills.

She is a girl, she is rising,

way to success, she is devising.

Now when she herself is standing  for her support,

they are conspiring to put her in a law court.

Where were they, when she was sobbing?

now seeing her rising, to pull her back, they are mobbing.

Now some ‘humans’ are at  her side,

though alone she can win, as she decides.

She is the one, who herself rose from oppression,

so no one can now put her under suppression.

Frailty, timidness, she has dropped,

her strength and power can not be cropped.

She is standing for the whole women’s race,

Defying patriarchy, she will ace.