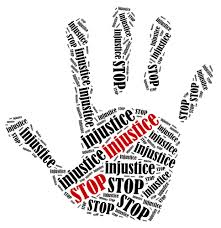 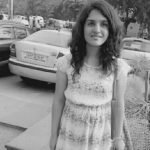 Pragati Dabas, a 19-year-old sophomore, has a deep inclination towards studying the social and economic issues plaguing our nation and the world. Fascinated by the power of words, she wishes to eradicate the ignorance of people through her passion and love for writing. Besides being a voracious reader and an aspiring writer, she has a keen interest in music, science and art.

Carrying the stigma in their name, bruises on their bodies, agony in their souls, Indian women find themselves trapped in the manacles of our patriarchal society. Deprived of all their rights, derision and humiliation mark the reality of their everyday existence. No wonder, women participation remains unsatisfactory in all the spheres of life and even the most worthless men enjoy superiority over them.

It’s unfortunate that even after seventy years of independence, women are considered as mere objects of consumption rather than an equal companion. There is a prevalent mindset that the authority to take decisions lies with a male and he can treat a woman as he desires. This is a result of the patriarchal culture that attempts to steal the identity of a woman and associates it with the honor of a man. This is the mentality that finds independent and smart women intolerable. This is the conservative mindset that lies at the heart of every act of violence against women.

Today, women are raped for pleasure, burnt for dowry, murdered for honor, and abused in a million other brutal and unacceptable ways. It’s a matter of grave shame for a country which calls itself the world’s largest democracy and cherishes the principles of fundamental rights. Our constitution guarantees its citizens the right to equality and right to life under article 14 and article 21 respectively. Apart from these, various other articles too, like article 15(1) and article 51A(e)ensure the protection of women’s freedom and dignity.

Then why does it fail to deliver its promises?

Dr. Rajendra Prasad once said that constitution like a machine is a lifeless thing. It acquires life because of the men who control and operate it. So, institutional virtuosity is not enough without individual virtuosity.

But in our case, even the institutions are not virtuous and work well to further exploit the victim in the most horrific ways.

While 6 out of 10 rape cases go unreported due to the fear of being shamed by the society, the reported ones are heavily tampered with due to political influence and corrupt officials. We have seen numerous cases where victims were unnecessarily harassed and humiliated by the police officers and the path to justice added to their trauma.

For instance, according to a report published by the BBC news last year, a gang rape victim from Kerala was deeply humiliated by the police while filing the FIR. They asked her lewd questions like which accused provided her with most pleasure and which size of penis did she like the most. The victim said that one of her attackers belonged to an influential political family and she even received death threats. Eventually, with no help received, she withdrew her complaint, succumbing to the societal and institutional injustice. I can quote thousands of other such shocking events where victims said that the police investigation was even more humiliating than the rape itself. But the question is, why? What is wrong with the system after all?

An investigation by Tehelka Magazine with NDTV news channel in April 2012, revealed that more than half of the police officers had prejudices and they blamed the victim’s clothes or the fact of her being out at night for the rape incidents.

Another shocking fact is that according to the NCRB data, women make up only 6.5 percent of the police force.

Considering the increasing atrocities against women, it is imperative that police officers are made sensitive to women’s issues during their training and more and more women officials are hired for the comfort and convenience of the victim.

Our sluggish judicial system makes it impossible for the victims to heal and move on with their lives. It forces them to remember every minute detail of the attack for decades and becomes an accomplice in their harassment. Meanwhile, the accused manages to flee the punishment, leaving an everlasting scar on victim’s soul.

Take the example of 2003 acid attack victim, Sonali Mukherjee. 14 years after the dreadful incident, she has lost all hopes of ever receiving justice. While on the other hand, her criminals are back on the streets on bail, living their lives. Whether it is Sonali, Nirbhaya or the million of others who do have the media’s spotlight on them, our courts have taken toll on all of them.

It happens very often that victims eventually give up and settle for unofficial dealings, like money or sometimes end up even marrying the accused.

So, while the culprit attacks the victim once, our judiciary’s discrepancies make sure that the wound never heals.

Our country lacks various resources in terms of forensic equipment, labs and special facilities to deal with the rape victims.

According to a report published by Reuters, while New Delhi has a few rape crisis intervention centres where the staff is trained to deal and take care of the victims, there is no formal medical and psychological support outside the capital.

The methods used in the forensic testing are so primitive that they fail to collect enough evidence required for the conviction of the accused. The victim is made to sit through these uncomfortable and ineffective tests for hours, often in bloodied clothes, publicly identified as,” rape victim”.

The two- finger test, an archaic practice of inserting two fingers by the doctor into a woman’s vagina to check the instance of sexual violence is widely prevalent in India despite the 2011 order of Director General of health services to discontinue it. This poor and insensitive institutional arrangement leads to double victimization and causes eternal suffering to the victim.

It’s time that we make serious efforts at both social and institutional level, to stop these heinous crimes against women and punish the perpetrators with stringent laws and policies. Also, our education system needs to be sensitized towards women, their issues and their rights. The deep -rooted patriarchy must be wiped out by inculcating the principles of gender equality into the young minds.

As for us women, we know life is not a smooth walk across an open field, but we shall never compromise on our respect and dignity. For suffering in silence is also a crime and grave injustice to oneself. So, get together for the common cause and fight for the rights that are dutifully yours.