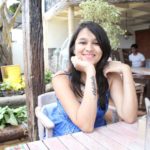 Darshita Goyal has just finished her 12th grade and will start her B.A degree at Azim Premji University where she will be studying English, History and Philosophy. She is very passionate about social activism and philanthropy and uses her writing as a platform to voice her opinions.

A few days ago, one of my close friends decided to finally tell us about her experience with marital abuse. I would like to share with you a few incidents that took place with her as I try to explain what relationship abuse is and what influences it.

My friend Naina and her husband of two years (after which she finally filed for a divorce) were always seen as the most compatible couple in our group. None of us had seen them disagree on anything, somehow they always seemed to understand each other. However the truth was unimaginable. Behind the image of the picture perfect husband was actually an egoistic and controlling man. He had moulded his wife to never question his opinions or decisions in a public space because every time she did, “I would be left with scars on my back and blood on his belt” she had said between sobs.

It is disgusting how we rant on about how modern our values and thoughts are but still believe men have every right to dominate women. The sad truth is that the sexual, financial, emotional and physical abuse that was prevalent centuries ago is still a vivid member of the twenty first century. The only difference being that these monsters are now masked as amiable and liberal beings in public gatherings.

When she confided in us we all had the same question lingering in our minds. Why not get out of it the second the abuse started? Why wait for two whole years? Well, the next part gives sufficient explanation. It is scary to imagine that for the longest time she wasn’t aware that her husband was violating her body, her rights. She thought it was okay, she believed that was what a healthy relationship was based on. “Every time he forced himself on me, I thought of my mother and tried to draw inspiration from her. I had witnessed several similar situations take place between my parents. My father tended to remove his frustrations on my mother by lashing out at her. As I grew older I began questioning her silence until one day when she sat me down and explained to me the dynamics of the relationship between a man and a woman. “The men work hard throughout the day. There are times when we have to bend down before them. Sometimes without question, without fault and without reason we just need to be patient and let them deal with their pent up emotions” she said to us.

On hearing this I wanted to scream or shake some sense into her mother, I could not believe that this was the kind of example she set or the fact that this is what she thought marriage meant. It was then that I realised how important a role our elders play in shaping our lives. After all it is what we grow up seeing our parents do that we end up putting into practice. As parents, humans actually, it is our duty to preach right over wrong not men over women.

If anyone tells you somebody touching you the wrong way is right, defy them. Your body is yours and yours alone, identify the difference between the right and the wrong touch. Trust your instinct, if you think someone is invading your body immediately take a stand for yourself. There are ‘stay away zones’ on your body and nobody is allowed to cross them without consent.

Thankfully today Naina is out of the horrifying nightmare her married life was, the breaking point for her was when he thought it was justified for his best friend to ‘reap sexual benefits off her’. “I took everything lying down, I never spoke up against him even though I started to realise that his way of expressing love was not the right one. But it was when he tried to get me to sleep with his best friend that the cracks in the glass deepened enough to shatter our marriage. I knew I had to get out of it I just knew that I could not be treated like a shared piece of land between his buddies.”

If you know anybody or if you yourself are sensing any signs of an abusive relationship please do not stay put. Nobody has any right to walk all over you and take advantage of your vulnerability in any form, do not allow it. Ending a marriage may be ugly but living with a scathing beast is torture that must not be endured. It is time to let go of the social stigma attached to divorces, it’s more important to be happy than to keep the society happy. Naina is happy today, pursuing her career without the fear of overshadowing her ex-husband. So fight your molester, use the laws that have been made to help us live in a just society. Do not think you are alone in your fight against abuse because there are hundreds of organisations and individuals who are here for you, who will support you. I have attached the links to a few of them below. This is not a downhill battle it is in fact a war waiting to be won.