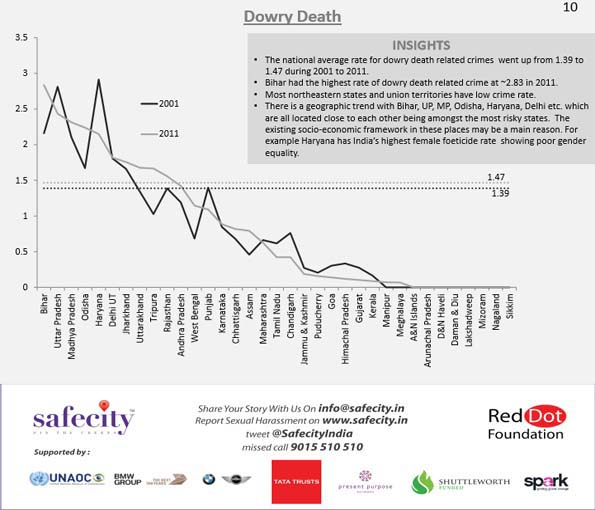 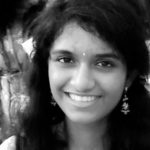 Krishnendu Nair is a 20-year-old law student intent on improving the justice-delivery system of the country. She believes that even the smallest unit of a society holds the power to profoundly transform a community. She enjoys spending time with children and getting to know the world from their perspective. In her free time, she’s most likely be found in the company of books, surfing online content or watching documentaries that unveil hard-hitting realities of life.

The Curse of Dowry in India

Precisely when we start thinking that incidents of dowry death are slowly decreasing in India, a high profile case pops up in the media to dismantle our thoughts. Recently a 24 year old was allegedly burnt alive by her husband and in-laws for not fulfilling their demand for Rs. 10 lakhs. According to the brother of the deceased woman, since the marriage in 2012, the husband’s family had been making continuous dowry demands from them and finally when there was a default in pay-up, they resorted to bride burning.

Before the Constitution came into being, women hardly had any proprietary rights. At that point, sending off their daughter with dowry was a way of giving some financial support to her. Initially, what started as a matter of affection and love for their daughter morphed into a right demanded by the husband and his relatives.

The times changed gradually but as with many other regressive traditions, this one held back. Practically families started following this simple principle: the more the salary of the groom, the more the demand for the dowry. When we think it over, it is actually ironic that educated families are the ones actively perpetrating such downhill practices. It is as if the whole educated system failed to make that doctor/engineer/IAS officer/police officer etc. understand the importance of self worth. But this phenomenon is most commonly found in northern states with overall less literacy rates.

The fact that such incidents are happening on a regular basis, in India, in 21st century, is a huge cause for concern. One of the Safecity volunteers Srikant Pillai came up with a report on crime against women in India. As per the graph prepared by him for dowry deaths, the national average rate for dowry demand related crimes has increased from 1.39 to 1.47 during the past decade.

As seen from the graph and as discussed above, there appears to be a direct correlation between literacy rate of the states and dowry deaths. North Eastern states and Kerala have zilch or negligible cases reported on dowry deaths in the past decade whereas the states clustering at the centre and above have performed poorly.

At the first instance, it may sound surprising that even after enhanced efforts to curb the evil, the percentage of dowry deaths have gone up. The Dowry Prohibition Act of 1961 amended in 1984 and 1986, made dowry a cognizable and non-bailable offence.  The punishment for giving and taking dowry or abetting the give and take of dowry is now enhanced and are punishable with a minimum of six months and maximum ten years of imprisonment. The fine limit has been enhanced to Rs 10,000 or to an amount equivalent to the dowry given, taken or demanded whichever is more.  Moreover, Indian penal code (IPC) was also amended in order to accommodate the rise in dowry deaths. Section 304-B of IPC defines dowry death and prescribes a minimum sentence of seven years for one who is found guilty of dowry death and there is discretion with the judges to award a higher sentence. But to make out an offence under this section, it has to be shown that the death of the woman was unnatural and took place within 7 years of marriage. There must also be a proof of cruelty or harassment meted out to the woman by husband or any of his relatives. Another strong legislative change was made with respect to section 113-B of the Indian evidence act 1872 wherein the burden of proof as to the innocence is shifted on the accused in cases involving dowry death (exception to the general rule).

But alas, all efforts seem to have gone in vain. The data that Women and Child Development Minister Ms. Maneka Gandhi, admitted on the floor of the Lok Sabha was startling- between 2012 and 2014 around 25,000 women either committed suicide or were killed due to dowry harassment. The National Crime Records Bureau (NCRB) reveals that in 2015, as many as 7,634 women died due to dowry harassment. Either they were burnt alive or forced to commit suicide over dowry demand. It further reveals that out of the approximately 93.7 per cent of the charge sheeted cases, only 34.7 per cent have been convicted. The remaining cases are still pending in various courts.

These numbers only indicate recorded figures which sadly might be far from reality. The concept of women being seen as burden on her parents is central to this issue as dowry demands are also seen as a factor responsible for female foeticide and skewed sex ratio.

Perhaps the increase in dowry death cases is because of a surge in the reporting of cases which indicates increased awareness among people. But undeniably, demanding dowry is a shameful act. It portrays the idea that the prospective groom and his family are not capable enough to fend for themselves. An effort to shun this practice is not only the responsibility of the families of bride and the bridegroom but also of the wedding guests. The perception of dowry must be changed and people must stop viewing it as a matter of social status and honour. In order to stop this practice, it is important that women become financially independent and self reliant. Ideally speaking, parents of the girl must never force their desires on her and must let her pursue her own dreams and choose her future partner. But at the very least, they must never consciously try to send her off to a family which demands dowry in the first place.