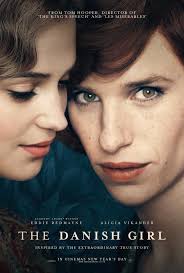 This movie from 2016 starring the Fantastic Beasts’ starrer Eddie Redmayne, retells the true story of one of the first known sex reassignment surgeries attempted in history. We watch landscape artist Einar Wegener struggle with the discovery of sexuality and gender identity, and finally taking a radical step to undergo a never before attempted procedure to change the body that has confined Einar’s true identity. The movie presents an extremely sensitive and moving journey of a transgender person in an era when any deviation from hetero-normative behavior was deemed a mental illness and perversion. Well, we can’t say we have made strides in this arena even now, with many societies including India, stigmatizing transgender people and marginalising them further.

Einar slowly discovers his hidden identity, Lili, in frilly clothes and stockings, in high heels and make-up, which resolves into a life changing decision. It is incredible to see the transcendent quality of the scenes that convey how trapped Einar is in his own body. The discomfort with a body that does not match your soul, is not commonly understood by cis-gendered populace, some even term it unnatural. I have met knowledgeable people who have said that they did not understand the motivations of transgender persons to undergo sex-reassignment, often citing the argument,”If it’s about the soul, let it be limited to the soul, why bring changes to the body?”. What these people fail to understand is that identity and body image are crucial to lead a happy life. How can we expect someone to be happy if they feel alienated from themselves when they see themselves in a mirror?

Though not all transgender people may discover or present their identities in the way Einar did, it is a story which needs to be seen and heard by all. This paves way for more conversation in the media and films about trans people who present in a certain way and look a certain way and how they’re all one of us, humans. A lot of discrimination stems from a fear of the unknown and the inability to open up the mind to alternative narratives. Movies are perfect avenues for making us question our own biases and help us discover empathy for our fellow humans-all of them.

This movie also presents the heartbreaking point of view of Einar’s wife Gerda, who supports Einar’s choices through everything. She struggles to understand how her happy married life is now flipped over by her husband’s struggle. She loves Einar, and she learns to love Lili as well, accepting the person for their heart and soul, not their body. Gerda was indeed a strong woman, and so was Lili. Let us hope this movie and many others help us understand that the binary boxes we have created, are not cages. Once in a while, a bird will break free, and FLY.