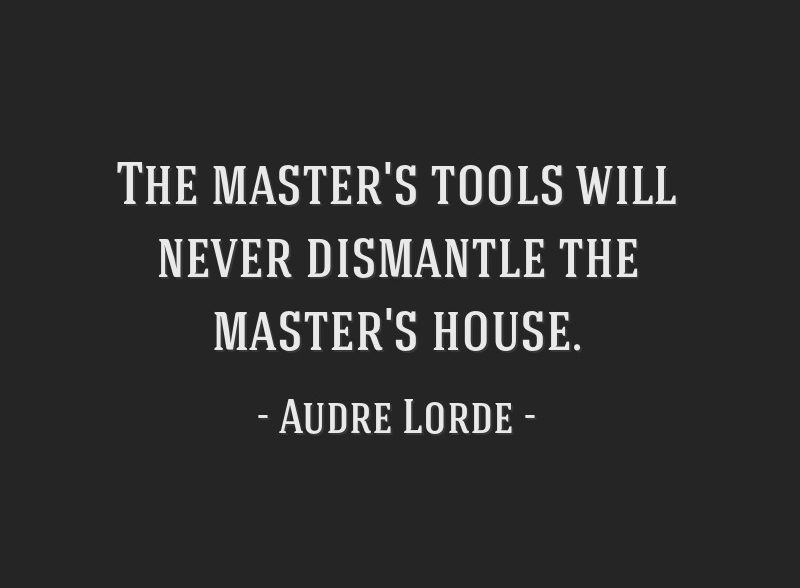 Megha Venketasamy has over 7 years of experience in working on grassroots projects and with NGOs in Mauritius and Africa with prime focus on women empowerment through leadership training, political empowerment and gender awareness. Megha’s life purpose to be one of those to “serve women and men” by building bridges and by bringing balance for the collective healing of this world through co-creative collaborations.

Megha holds a degree in Business Management and is an Associate Certified Meta-Coach and a Neuro-Linguistic Programming Practitioner certified by the International Society of Neuro-Semantics. Megha is a Vital Voices Lead Alumni and a Mandela Washington Fellow 2017 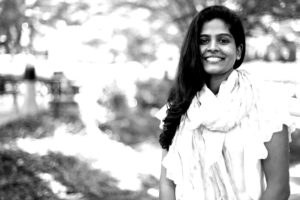 The Master’s house cannot be dismantled with the Master’s tools. ~ Audrey Lorde

It took me years to understand that Something/Someone, many of us call Master is, in truth, Patriarchy. An entire system built on a pervasive use of Power – overpowering others and aborting differences inferring them to virus status.

A Master who uses Power Over to imprint individual’s system with fears. A Master who knows that humans have living hearts and sooner or later, these humans will start listening to their inner humming. Hence, the Master uses shaming to fog humans from their true essence. There is nothing more devastating that a Shamed Human Being – rendered to the status of absolute obsolete speck of dust.

I have walked that shamed path from the very beginning, for I am born a woman. I have been shamed and I have also shamed others, for this is what we learn from the Master.

I have been there, each step has been a price to pay – I have been shamed for having made a conscious choice to move out of the Master’s House.

I was called evil but I am not the only one. For every step, I took, I heard, felt, saw and read the stories of endless women and men. But why do I still question my intention each time I open up?

If there is one thing I have learned along the way it is “the danger in having been oppressed is that of using the oppressor’s tactics to fight back.” This movement speaks of people rising from a place of hurt who shall now play the same pervasive Power Over game to gain their rightful place.  I speak of my peers who are now hitting back using the same tactics that the Master, Patriarchy uses. It is rightfully OK to be angry after centuries of endured atrocities and it is healing to be wild and to be roaring.

Using the patriarchal tools to knock patriarchy off, we may win in the short run but eventually, the Master will take over for the Master retains mastery over its tools.

Feminism is about inclusiveness and this is where Patriarchy has failed. Feminism is not just about respecting differences but rather about holding space for these differences, for these different polarities play a vital role in the ecology and balance of this world. From these polarities, inter-dependency is birthed. This is where patriarchy has failed.

Only within that inter-dependency of difference strengths, acknowledged and equal, can the power to seek new ways of being in the world generate, as well as the courage and sustenance to act where there are no charters.

Feminism knows and understands that people within different phases, spaces and places experience life differently, some have privileges over others, and hence, there is no one way to creating and shifting. This is where patriarchy has failed for it imposes monopoly of beingness.

This is exactly what is being asked of feminist movements, be daring to check your intention when you open up; be humble to check whether you are coming from a state of woundedness and be open enough to check whether despite yourself, you are now become one of the Master’s Guardian.

As Audrey Lorde once said: “I urge each one of us to reach down into that deep place of knowledge inside herself/himself and touch that terror and loathing of any difference that lives there. See whose face it wears. Then the personal as the political can begin to illuminate all our choices”

Knock the Master at its game by opening our selves to embracing different polarities where interdependency is birthed.