The Politics of Female Representation: A Sartorial Exploration

The prior segment of this two-part sartorial series emphasised the subversive tendencies of couturier Alexander McQueen’s “Highland Rape” collection. To oppose the purported and romanticised history of Scottish women in the eighteenth and nineteenth centuries, McQueen addressed the sexual wound of coloniality to undo the systems of present-day power play in his cultural realm. This act was commended. Via the means of an analogy, the Indian judiciary was urged to do the same about its sexual harassment laws. 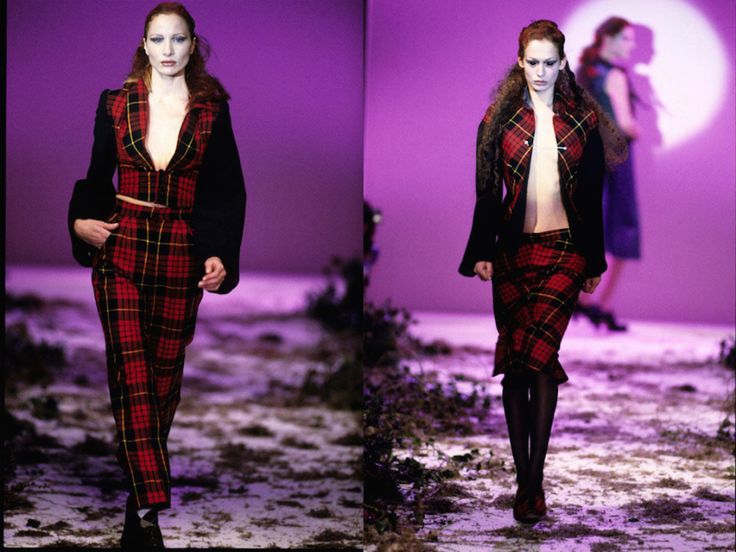 What follows is a truism: “Highland Rape” was commendable solely because one could look at the battered and bloodied models and deduce that to be the status of colonised female subjects in the eighteenth and nineteenth centuries. Akin to any work of art, the viewer was engaged in abstract thinking—in thinking beyond the facts of here and now. Abstraction is indispensable to analogising. Thus, it was by similar means that the Indian judiciary was urged to act. Abstract thought, then, is needful for art and the logic of argumentation.

In art, abstract thought operates through indirect uses of visual language. It favours synecdoche and metaphors. A recurrent figure of speech, through history, has been the equation of female body imagery in relation to landscape. This equation, however, is violent.

As noted, the battered models on the runway corresponded to the colonised female subjects of the past through abstraction, following the rationale of an atemporal specific-to-general model. In his design, McQueen reckoned on that to reclaim history. This level of abstraction, then, was necessary and positive. However, drawn there was a more expansive and conflicting correspondence when McQueen in an interview with Time Out Magazine in 1997 said, ““Highland Rape” was about England’s rape of Scotland.” (Time Out, (London) September 24-October 1, 1997)This expansion is what this article deems contentious.

In this expansion, McQueen moved beyond the initial correspondence to liken the body of the models to the landscape of Scotland. Here, the models’ ragged appearance became reminiscent of the disorderly state of Scotland under England. They were no longer rape victims—their rape, the ‘invasion of their body’, became a metaphor for a geographical invasion. In consequence, the models were dehumanised to perform a figurative purpose, their sorrows reckoned trivial. This countervailed the subversive tendencies discussed in the prior segment. For the metaphorical use of body imagery in relation to landscape has historically been violent in the realm of female representation.

The congruence between female bodies and landscape is attributable to the relational and mediational importance of women in men’s lives—with every use of the metaphor, this dynamic is reinforced. Throughout history, innumerous religious texts, and the ethics of philosophers akin to Aristotle and Francis Bacon, who assumed women as incapable of rational thought, buttressed their subordinate status. Further lessened was this status with the advent of capitalism. There was a consonance between the exploitation of land and the exploitation of female labour. She had no property rights, for her body was treated as an extension of the ownable property.

Concomitant to the advent of capitalism, to facilitate resource management, was the process of nation-building. Following this, the classical metaphor of woman-as-land extended to woman-as-nation.

In an instance of cruel irony, in this interpretation, McQueen in his anti-colonial act employed a metaphor dearest to the language of imperialism. For, as the woman was equated with land and then nation, the invasion of a country was reckoned rape in the colonial lexicon while the uninvaded countries, opulent in resources, were rendered the ‘virgin’ territories yet to be conquered. Through this sentiment, the exploitation of labour by capital under the enterprise of colonisation rationalised the subordination of land and woman to the meet the urge to mastery of the mechanical man.

In “Highland Rape”, then, while McQueen undid the system of one power play within the cultural realm by challenging the co-opted history of the status of colonised women in the renditions of designers like Vivienne Westwood, his anomalous declaration, discussed in this segment, that the collection was not about the rape of women but the rape of Scotland proposed a figurative role of women. This role was a dehumanising and historically violent abstraction that in simultaneity with the undoing of one, fortified another archaic system of power, which represented women as objects of consumption for the aggressive masculine economy of capitalism.