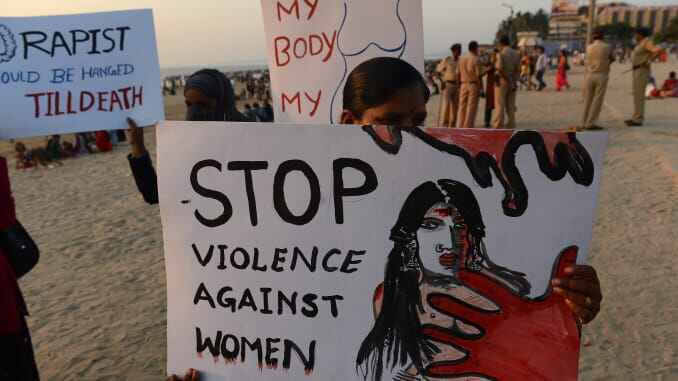 Ishita is a second-year student of Political Science at Jadavpur University. Like every millennial ever she is just figuring out where to go and where not to.

She discovered writing through her habit of imagining herself in other people’s shoes. She says that a whole new dimension of thoughts opens up when she does that and penning them down is how she humours herself.

What Will It Take To Stop?

The recent surfacing of the brutal gang rape and murder of a twenty-seven year old woman has left the country reeling yet again. On Wednesday night, at Shamshabad, on the outskirts of Hyderabad, four men dragged a woman into an empty plot and raped her one after the other.

According to the police, the crime was planned by the four accused, when they saw the woman park her scooter at the toll plaza. When she returned to collect her scooter she saw that one of the tyres was deflated, one of the accused (Shiva) approached her on the pretext of helping and carried the scooter away, saying that he would get it fixed. She was then dragged away by the other three to an empty plot and raped, the fourth too returned and carried on the assault. She was suffocated by one of them as they thought her screams might alarm a passers-by. The four accused, two truck drivers Mohammed Areef, 26, and C Chennakeshavulu, 20, along with two helpers J Shiva and J Naveen, then put the body in the truck, drove on the highway for a while and bought some fuel from a petrol pump for the road. They found an isolated spot and dumped the woman’s body, setting it on fire.

The accused men have been detained now.

While there is widespread condemnation for the inhuman act, disturbingly frequent reports of rape cases occuring across the country continue to pop up. The safety of women in public spaces is staggeringly poor. There is a blatant lack of stringent street safety measures for the protection of women despite the growing number of crime rates.

Gender stereotypes continue to exist, victim blaming persists. As the Telangana state home minister Mahmood Ali said, “Being an educated woman she should have dialed 100 and taken help from the police instead of calling her sister.”

Despite the heavy outrage over the Nirbhaya case back in 2012, no significant change has been witnessed in the pattern of crime. Streets remain unguarded, registering complaint continues to be a hassle for the victim and societal taboos against lodging complaints continue to exist.

With heavy outrage and the infuriation of the masses, a strict governmental reform is awaited.