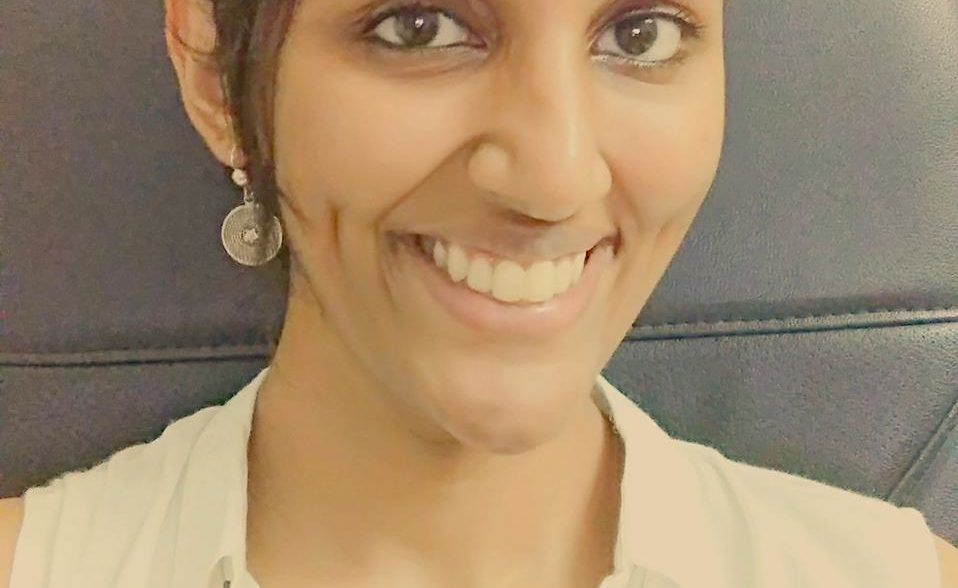 While we head towards International Youth Day on 12th August, Safecity is taking this opportunity to honour women peacebuilders through this series on Women Peacebuilders. We invited women peacebuilders to speak of their experience of using different tools towards peacebuilding in an attempt to showcase the massive change women leaders are bringing towards developing peace and to build collective learnings for those who want to be engaged in peacebuilding processes.

Kirthi Jayakumar is an artist, activist, actor and writer from Chennai. She founded and runs The Red Elephant Foundation.

1) What got you started on your peace journey?

Kirthi: In all honesty, you could say that the idea was in the making, but didn’t quite catalyse into the form and shape until June 2013. But the story, though, begins on the night of December 17, 2012. On December 15, 2012, I had turned 25. On December 16, 2012, the gang-rape in Delhi, as most people know, took place. On December 17, 2012, I was at the US Consulate General at Chennai, receiving an award for my work with a US-based NGO called Delta Women, which worked for the rights of women in the US and in Nigeria, and the right to education for children in Nigeria. When I received the award, I truly felt like a hypocrite – because here I was, receiving an award when there was so much more left to be done, and when a girl was battling for her life because we, as a community, sacrificed her at the altar of patriarchy, misogyny, toxic and hegemonic masculinity, and inaction on part of a civilian populace that should have been vigilant. I went to bed that night, thinking of how much we had allowed to pass in the name of “We are like this only“. It was on the same day that I had come to face a dissociated past, where I had completely blocked out my own memories of facing abuse as a child. I decided to do what I could on my own, and started by telling my story. Six months later, I looked back to see how telling my story had made a difference: one, parents and to-be parents began to be vigilant about the vulnerability of their children and began to work with their children to have open conversations towards staying safe; two, I realised that I began to feel better and my own personal comfort levels felt like they were higher because I had owned my narrative instead of dissociation and my journey to heal began, and finally, that people were beginning to talk, openly, and get issues that were otherwise covert, out into the open. The vision was to change the landscape through storytelling – but by about a year, we realised that we had reached a plateau. Great, people were talking. But what about the solutions? We then decided to get down to doing sound research (legal and policy) that we now use to suggest and inform change, AND, we also work with the youth and their parents through workshops, to shift mindsets through interactive and educational workshops to make them internalize gender equality as the norm. That was where peace education began.

2) How have you engaged with education towards Peacebuilding?

Kirthi: At the Red Elephant Foundation, we came up with a program called “ChalkPeace”. The idea behind it was to Teach Peace. With the help of curriculum designed specific to each demographic, we began to host sessions across the world, online and offline. The conversation centred around everyday conflict management, and slowly, expanded to greater and larger causes of conflict – and ways to address them. Our workshops are very simple: we don’t teach a thing. Instead, we learn together. We occupy a space where the participants become active and critical thinkers. We ask them to share what they see around them, and encourage them to respond to what they see. We then simulate situations, where we make them see that they are stakeholders in a grander world that could well be peaceful. We then guide them gently into a simulated understanding of what a world filled with conflict would look like. We let them make the choice. Nine out of ten times, that choice is towards peace. But when we encounter that one time when the choice is violence, we understand that there’s something that runs deeper. We’ve spent time with that one person separately, trying to understand what informs the choice – and by a comprehensive mix of psycho-social work and attention to an unresolved past trauma, fear, borrowed hatred or radicalization, we’ve helped them come over to this side. Here is my talk on What if we teach peace for a change?

3) What are the challenges you have faced?

4) How do you think education can be leveraged better towards Peacebuilding?

Kirthi: Everyone in today’s generation is fighting a war on borrowed hatred. War is deemed good for business and the coffers of a select few enablers, and that vested interest keeps an agenda of promoting hatred as the norm going. Terrorist outfits are feeding off the combined effect of marginalization and borrowed hatred. The world is burning with hatred that is only kept alive through incorrect and in-sensitised education. We are fond of making economy-worthy machines, but seldom invest in humanising them.  We strive to create peaceful people, through peaceful tools, peaceful language and peaceful ways to solve conflict. Conflict is inevitable, but, if we create a proclivity towards peace in people around us, we naturally choose peace, we naturally turn to peace, we naturally prioritize peace, and we don’t have place to escalate conflict at any level. Be it a bully in a classroom or two nations seeking ownership over territory. In that understanding, I found a very simple solution to finding peace in peace education.

Connect with us?
Send us your feedback or nominate a young woman peacebuilder you know of, write to us at info@reddotfoundation.org/vanditamorarka@gmail.com