In accordance with United Nations General Assembly resolution 71/1, the “New York Declaration for Refugees and Migrants,” a preparatory process is underway for the intergovernmental negotiations of a global compact for safe, orderly and regular migration, to be adopted at an intergovernmental conference on international migration in 2018. As part of this preparatory process, the President of the General Assembly is organizing a series of informal thematic sessions between April 2017 and November 2017, as well as four days of informal interactive multi-stakeholder hearings between April 2017 and June 2018, in accordance with the organizational arrangements adopted by the UN General Assembly.

June: June’s consultation dealt with policies around the theme of, “International cooperation and governance of migration in all its dimensions, including at borders, on transit, entry, return, readmission, integration and reintegration”.

You can have a look at the Global Compact on Migration June Report here.

How can you engage?

We would like you to send us feedback which we can incorporate into our response at these sessions. Please do leave your contact details so we can assign due credit to feedback incorporated.

September’s consultation deals with policies around the theme of, “Smuggling of migrants, trafficking in persons and contemporary forms of slavery, including appropriate identification, protection and assistance to migrants and trafficking victims.” We would like you to send us feedback which we can incorporate into our response at these sessions. Kindly leave your contact details so we can provide due credit to your inputs.

October’s consultation deals with policies around the theme of, “Irregular migration and regular pathways, including decent work, labour mobility, recognition of skills and qualifications and other relevant measures.” We would like you to send us feedback which we can incorporate into our response at these sessions. Kindly leave your contact details so we can provide due credit to your inputs.

Stay tuned in to this page for further updates on consults for later months!

Compilations on completed online consultations will be uploaded within a week of their completion. 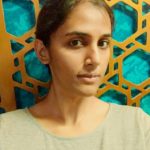 Kirthi Jayakumar is an activist, artist and writer from Chennai, India. She founded and runs the Red Elephant Foundation, a civilian peace-building initiative that works for gender equality through storytelling, advocacy and digital interventions. She is a member of the Youth Working Group for Gender Equality under the UNIANYD. Kirthi is the recipient of the US Presidential Services Medal (2012) for her services as a volunteer to Delta Women NGO, and the two-time recipient of the UN Online Volunteer of the Year Award (2012, 2013). Her second book, The Dove’s Lament, made it to the final shortlist for the Muse India Young Writers’ Literary Award. Kirthi was recently invited to the United State of Women Summit at the White House in Washington DC, as a nominated changemaker. Kirthi has spoken at TEDx Chennai, addressing Peace Education as a means to end Bullying. She has also spoken at FICCI FLO, as one of the youngest speakers to address the members. Kirthi has also had the distinction of addressing the UNV Partnerships Forum on her work as an epoch-making online volunteer with the United Nations. She is also a Zen Doodler and runs a HerStory project called Femcyclopaedia. Her works have been commissioned by corporate establishments, non-profits and art collectors world over. Kirthi is the recipient of the 2016 Orange Flower Award from Women’s Web, the 2016 World Pulse Impact Leader Award and the 2017 Empowerment Leader Award from the Dais Foundation. Her work has been published in The Guardian and the TIME Magazine 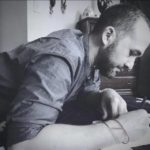 Jason Jeremias majored in theatre, anthropology with a minor in political science and women’s studies at Lehman College City University of New York, where he was a member of the Scholars Program. He also studied theatre art at Stony Brook University. He has been mentored in the United Nations Culture of Peace Program by former Bangladesh Ambassador to the U.N. Anwarul K. Chowdhury, in the American Anthropological Association of Human Rights by Dr. Victoria Sanford. He has also completed numerous independent studies including topics of women’s rights and economic neocolonialism, Palestinian liberation and the object of women’s memory, while producing ethnographic theatrical experiences in juxtaposing lens of the global struggle for women’s rights live on stage.
Previous to enrolling in college Jason served as a Darfur campaign coordinator and Western African coordinator with Amnesty International, an experience he adapted in 2012 toward transforming Price of Silence into a global a mobilization and direct action network, for the protection of women at urgent risk of human rights violations, in concert with capacity building toward unifying sustainable efforts of civil society grassroots action for sociocultural, economic and political frameworks to confront the challenges of women’s rights activism in the 21st Century.
Safecity team