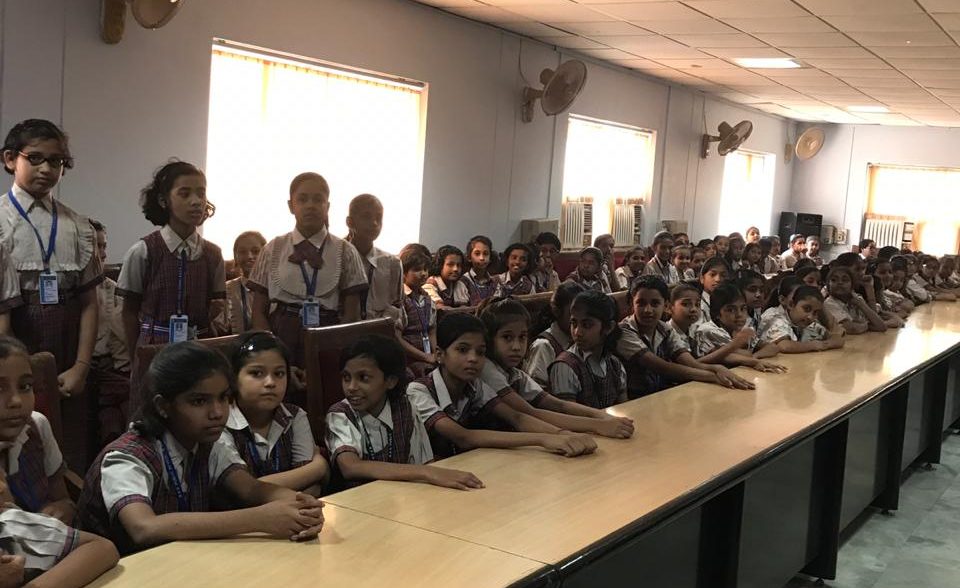 Naina Jha conducted a workshop for the female students of class 4th & 5th of DAV Public School, BSEB Colony, Patna on 1st August, 2019. It was attended by 350 girls. The workshop began by asking the girls to name their body parts. Interestingly, none of the received answers contained the names of private body parts. Therefore, they were explained, what genitals are and why is it necessary to have knowledge of every part of your body.

It was followed by explaining safe and unsafe touches by using examples. The PANTS rule was also explained to the girls. PANTS is an acronym that stands for Privates are private; Always remember your body belongs to you; No means no; Talk about secrets that upset you and Speak up, someone can help. An activity called ‘My Safety Circle’ was conducted, wherein all the girls drew their own Safety circles. To draw a Safety circle, each girl drew a hand, wrote her own name on the palm and wrote the names of trustworthy people on each finger. The girls were advised to tell every secret thing to the members of their safety circle. The girls were then showed a video that shows how a child can be abused and what action they can take when they are harassed.

In the end, the girls were asked to share their stories where they experienced unsafe touches. 30 girls reported cases of having experienced bad touches.

One of the girls reported that her maternal uncle used to touch her inappropriately. He still looks for opportunities to touch her, but she makes sure that she maintains distance from him. However, she hasn’t shared this with her parents as her mother doesn’t keep well. Another girl reported that her paternal grandfather’s friend once visited their house and while making small talk and asking her about studies, he touched her chest and back which made her feel extremely uncomfortable. Yet another girl reported that a senior student in her school touched her vagina inappropriately in the school. Though he got punished, it still terrifies her to think about the episode.