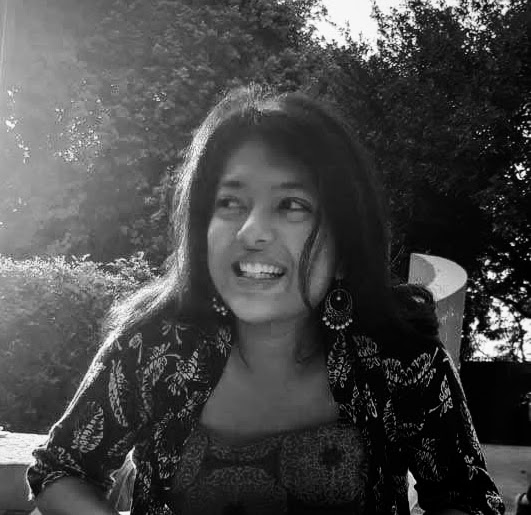 Feminism In Reel Life, Safecity Blogs
Comments are off for this post

Ishita is a second year student of political science at Jadavpur University. Just a millennial trying to maneuver the rocky terrain of new found adulthood. She discovered writing through her habit of imagining herself in other people’s shoes, a whole new dimension of thoughts open up through this and penning them down is how she humors herself. If not reading or writing, you will find her obsessing over world politics, bad governance and every episode of GOT. Anubhav Sinha’s film Thappad, starring Tapsee Pannu and quite a few notable names from the industry fleshes out the veiled patriarchy that exists in supposedly progressive households.

The story surrounds a housewife from a well-to-do family who begins to re-evaluate her marriage after an incidence of domestic violence. Vikram and Amrita are a happily married couple till an incident in a house party where Vikram slaps Amrita as a result of an office frustration. This incidence of the slap makes Amrita rethink about her relationship with her husband, Vikram.

She keeps swinging between her own feelings and the social expectations and stigmas. The movie revolves around the denial of self respect of a wife, social stigma around divorce, mindset of people to take domestic violence lightly, expectation of society to not break up the family and the toxic masculinity of a husband.

What is revolutionary in this story is that the onus for the slap is on both parties. Definitely on the man for inflicting violence on his partner and violating her dignity; but also on the woman for allowing herself to be subordinate to the man just because she does not wield the financial power in the household. Amrita recalls how she had sacrificed her financial independence to become a successful and ideal house wife. She becomes even more upset when Vikram displays an unapologetic attitude towards the incident. Vikram is concerned about his promotions, career and his emotional investments in his job but he does not invest in their relationship by showing sympathy towards his wife. Upset by this, Amrita leaves her in-law’s house.

A very relatable societal outlook is presented from the families of the couple, in the form of the reaction that follows the slap . Many people around her, who were more females among these, try to convince her that she should ignore the incident and continue in this relationship. Tapsee’s mother and her mother-in-law in the film, who despite understanding where she was coming from, advise her to move on and forget the issue in order to maintain the ‘peace’ within the house. The story depicts the firmness of Amrita against domestic violence when she says, “Just a Slap but Nahi Mar Sakta( it was just a slap but he must not do that)”.

Surrounding the central story are a few parallel themes of women interconnected to the protagonist who go through their own battles in their respective lives. Tapsee’s lawyer who in the public domain might be a strong powerful woman bringing justice to her clients. But in her domestic life she suffers from the lack of recognition from her family and faces a constant comparison from her husband who often belittles her success. Her mother-in-law, who has always been overlooked in her marriage by her husband and has lived her life fulfilling her duty to her family, sacrificing her own happiness in the process or her own mother who gave up her dreams because she was led to believe that is what women have been doing historically and she must too.

Amrita’s father is shown in supporting character wherein he supports Amrita in her decision to leave the relationship. He urges Amrita to listen to her intuition and do what she thinks is Right to do.

On the legal aspect, the movie shows the game of law between both parties. It shows how law can be used as a tool to get even with someone.

The movie successfully delivers the message it sets out to do, with the help of a powerful performance by the cast. Tapsee Pannu is exceptional in her embodiment of a housewife fighting the inherent obstacles that society throws at her. Her expression catches the subtle nuances and illuminates the screen. Ratna Pathak Shah and Tanvi Azmi perfectly portray the duty-bound Indian mothers who themselves go through a learning arc through Tapsee’s journey.

The movie has many strong dialogues which make us rethink and question our perception around family and domestic violence.  Such movies are rare in the Hindi film industry, but hopefully, with the success of this one, an audience for such films might open up to make way for others to follow thus giving mankind a new awakening in the portrayal of a woman.

We are also conducting series of Weekly Movie Reviews under the same campaign. If you are interested in getting updates on same, fill this google form: https://forms.gle/Yn5264Ze6F3ybwx39

Such an amazing post very informative and I will definitely suggest other people about it for sure.

Your content is very good and the posts that you share are also very good. Thank you!