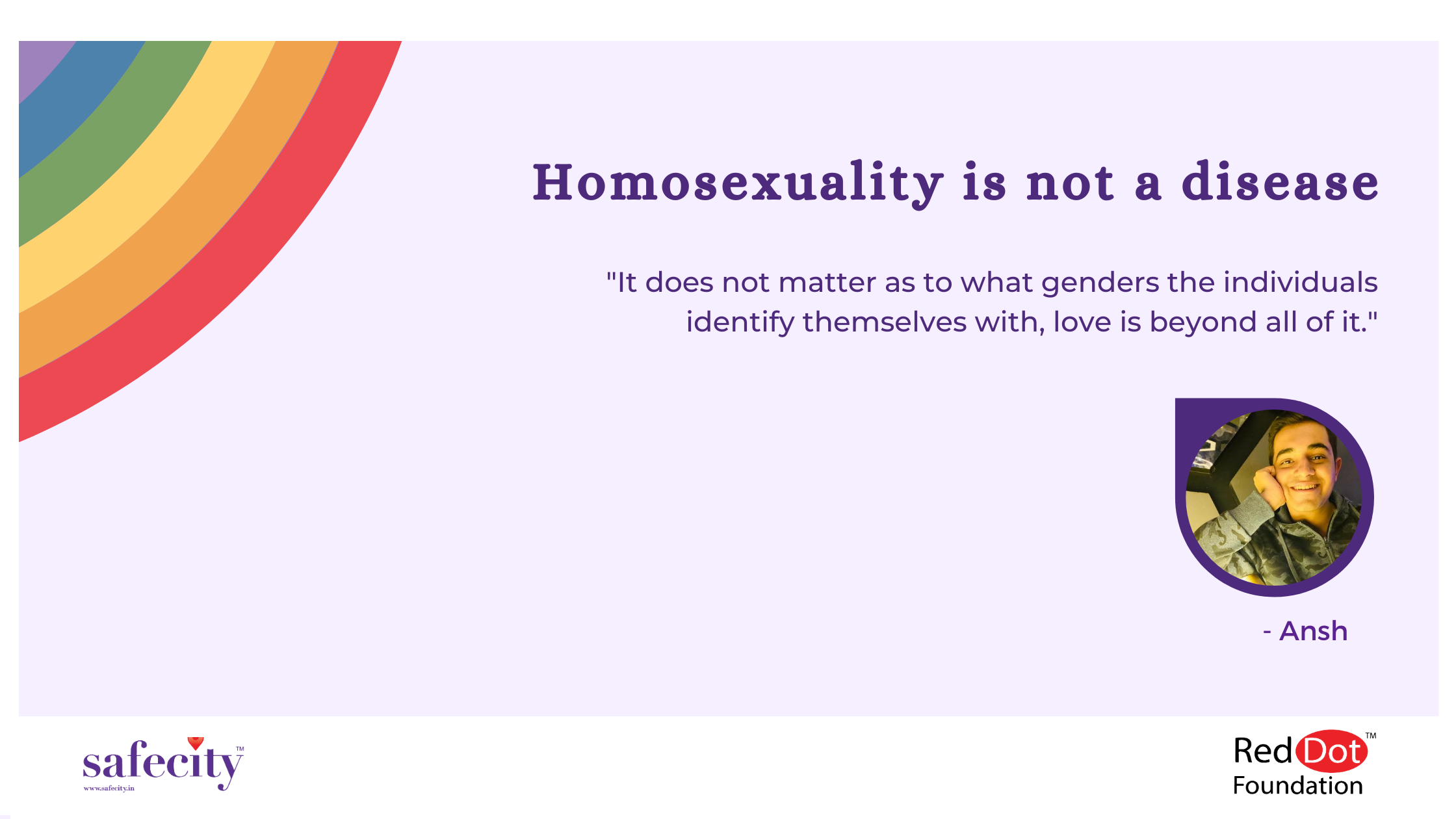 Ansh Rastogi is a student at PGDAV College, DU, a tech savvy and a UPSC aspirant, all in that order. He recently joined Safecity as a blogging intern.

Shakespeare’s character, Jessica, rightly said that “Love is Blind”. Love, the most beautiful feeling that one comes across in their life, is a phenomenal moment. It does not matter as to what genders the individuals identify themselves with, love is beyond all of it. Homosexuality is not a crime. It is just a beautiful feeling that one has for another of the same gender regardless of the societal barriers and myths. After a long struggle, our country abrogated the SECTION-377 of the IPC (which earlier criminalised homosexual relationships), and the message is now clear that same-sex relationships are no longer a criminal offence under the law. It was a big victory over those traditional myths and orthodoxical laws of the society. But the Indian society is still lagging behind the rest of the world by considering it as a disease, assuming that there is something mentally wrong with homosexual people. This mentality is clearly shown in a recent movie,”Shubh Mangal Zyada Savdhaan” in which two gay lovers break all stereotypes and marry one another. Loving someone of the same gender is not a mental illness but instead, a problem with the society’s mentality for considering it as wrong. There’s nothing wrong with it and it is no longer a criminal offence, and yet even today, we read news of LGBTQ+ couples being beaten up in various places of the country just because they were roaming around holding hands A young boy committed suicide after his family came to know that he was gay; who is responsible for his death? Is it really a suicide or a murder by the society? Whether Adam loves Adam or Eve, it is his life and sole decision, we are no one to interfere. The question will remain until the day when we will happily accept and support the community. A day when we can freely chant, “Love is in the air”. After all, love sees no religion, caste, race and gender, it just happens.``

“Relationship is all about love, not gender!”

So so so proud to read this. amazing thoughts great post!