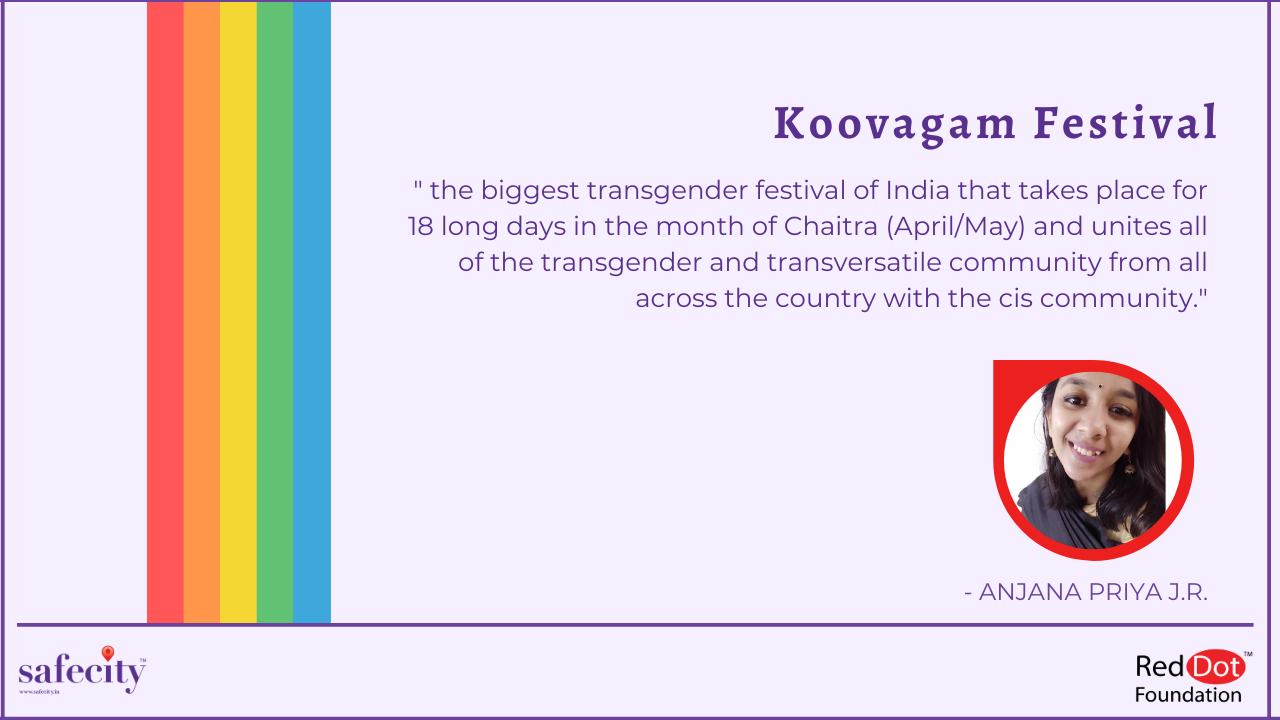 Anjana is a final year Medical student at KMC, Manipal who strongly believes that words alone have an inexplicable power to bring about the change that we wish to see in the society. She is a blogging intern at Safecity who writes poetry, mostly on mental health and sexual abuse, in the hope that it might give her readers even the slightest bit of strength to keep fighting. 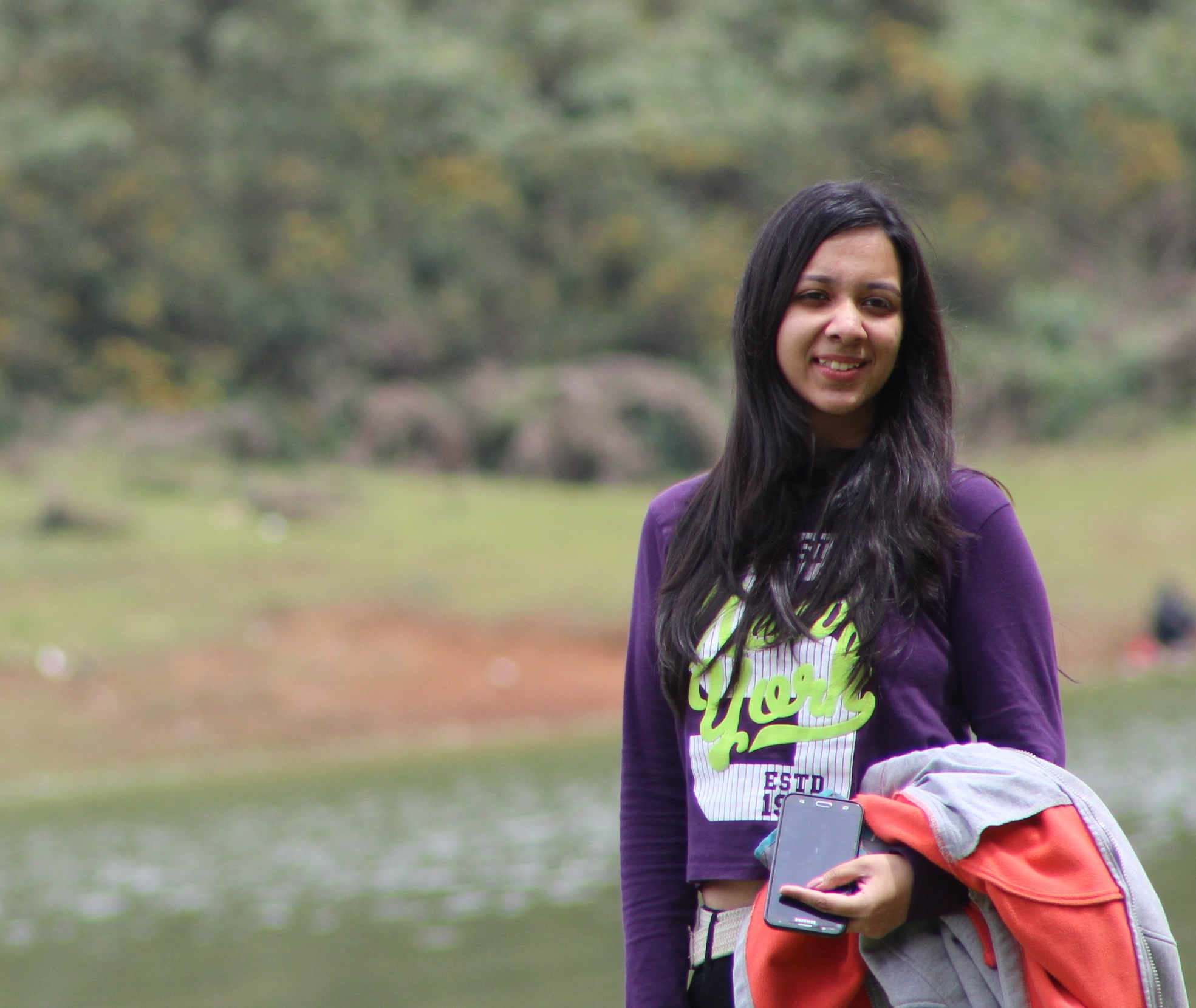 The transgender community in India, as we know, has continually been facing discrimination, harassment and been exempted from experiencing a normal life at work places, public spaces and the society in whole. Although there have been ever increasing education about the same via rallies, media and workshops, they are even now being victimized beginning from within the family up until the community level, rendering them as one of the largest disempowered groups.

What is the Koovagam festival?

Koovagam is a village in the Ulundurpettai taluk in Villupuram district, Tamil Nadu. The Koovagam festival is the biggest transgender festival of India that takes place for 18 long days in the month of Chaitra (April/May). This festival is the only festival that unites all of the transgender and transversatile community from all across the country with the cis community. For a period of a little more than two weeks, this festival is celebrated by one and all without any room for judgements or discrimination.

The legend behind the festival

Koovagam, also known as the story of a thousand weddings and one funeral, is a legend that is derived from the epic Mahabharata. It is the story that revolves around Aravan, one of the sons of Arjuna who was willingly sacrificed to Goddess Kali during the battle of Kurukshetra. This sacrifice was necessary for the win of the Pandavas against the Kauravas. Lord Krishna who was very much pleased with this selfless sacrifice, granted Aravan three boons. Aravan firstly wished that his death on the battlefield would be heroic. The second boon was that he could watch the entire battle even after his death. The third boon was that he wished to be married before his death. As no woman wished to suffer impending widowhood for the rest of her life, no one stepped forward to marry Aravan. To fulfil his wish, Lord Krishna himself transformed into Mohini and married him. The marriage was consummated and the following day, Aravan was sacrificed to Goddess Kali. Mohini was distraught and mourned her husband’s death before transforming back to Lord Krishna.

What happens during the festival?

The first 16 days are celebrated with grandeur. There will be diverse performances, dances and singing along with several workshops and seminars on awareness regarding HIV/AIDS organized and conducted by various NGOs. One of the major attractions of this festival is the transgender pageant which showcases a fashion show and the competition for the title “Miss Koovagam”. This title is of utmost importance to all the transgender women in the hope that they will finally be accepted by their birth families if they win this title.

On the seventeenth day, the transgenders dress themselves as brides and are each wedded off to Aravan by the priests. After a grand celebration that night, the following day, they clad themselves in white and mourn the death of Aravan. This marks the end of the 18 day Koovagam festival of that year.

This festival is of utmost importance to the entire transgender community in India as they feel that it’s the only place and time when they’re truly acknowledged for who they are. It’s also a place where they can meet new people and make new associations. It’s high time that our society stops this unfair discrimination against the LGBTQ+ community and begin to understand that there is absolutely no difference between the cis community and the LGBTQ+.

Such a good content and relatable posts, keep sharing. Thank you!