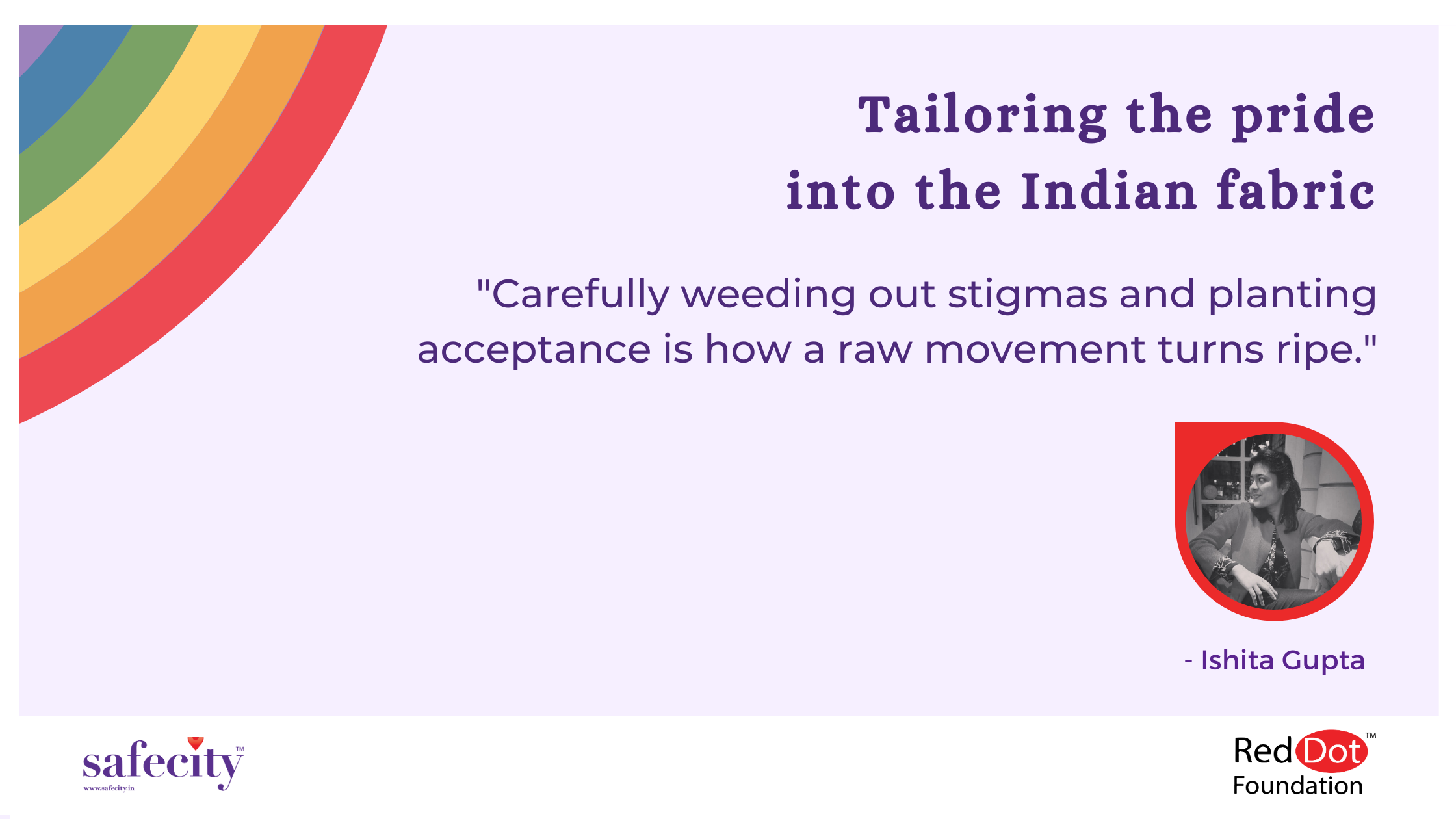 Ishita is a second-year student of Political Science at Jadavpur University. Like every millennial ever she is just figuring out where to go and where not to.

She discovered writing through her habit of imagining herself in other people’s shoes. She says that a whole new dimension of thoughts opens up when she does that and penning them down is how she humours herself. 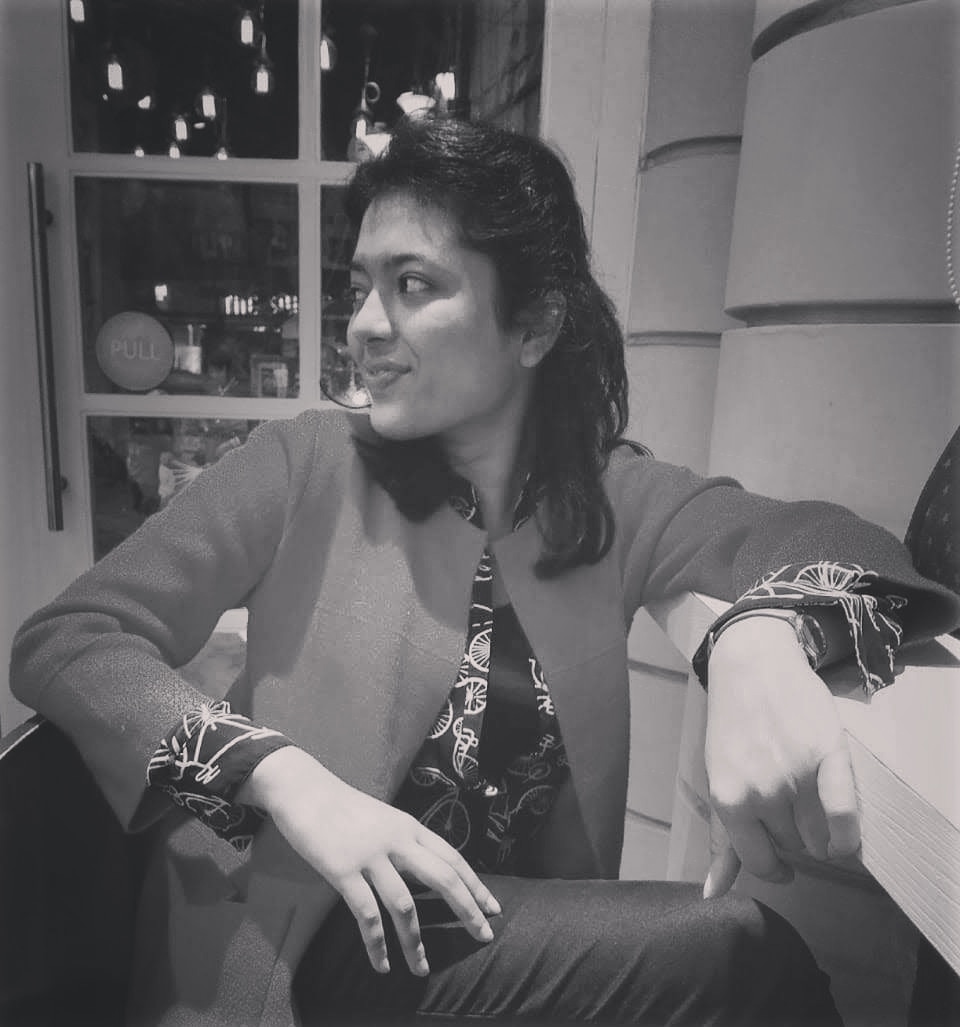 TAILORING THE PRIDE INTO THE INDIAN FABRIC

The Pride movement in India has been gaining momentum, it is heavily riding on the waves of change and making the right noise. But is it only us, the privileged strata with awareness and western influence that can hear it? Is the movement accessible in our rural milieu which is after all 70 percent of our country; is it breaching the conservative fences? Or is it doing what most social media activism does these days, only waking up the woke?

The Indian pride movement seems to be threatened by the homogenization effect of the western movement. The need arises to channel the momentum rightly and tailor it to suit the Indian fabric. One of the ways to do so would be to encourage local writers to lay out their stories, uncensored and unabashedly.

From Arjuna’s depiction as a eunuch in the Mahabharata, Ismat Chugtai’s ‘lihaaf’ that speaks about repressed sexuality and forbidden fantasies to Becan Sarma’s Cacklet, a book of eight short stories centred around homosexual characters there have been multiple characters with non-binary identifications. Hence the point being that not only is same sex desire not a western imported construct as it has mentions in Indian literature from much before the west was known to this subcontinent, but also the very mention of the community clearly elucidated a historic visibility of this community and a readership of their stories.

It took Kannada author Vasudhendra; who is the author of the widely acclaimed book ‘Mohanaswamy’, a semi-autobiographical text surrounding his queer identity; forty years to come out, which he did through his book. Belonging to a family based in a rural household, he often talks about being queer in rural India, surrounded by multiple social stigmas His only channel of expression being his writing.

The readership base of his books, multiplied when they were translated to multiple languages, showing a market for vernacular queer literature. The normalisation of gender-fluid identities among the rural masses is possible through the spread of vernacular books on queer literature. A community denied of their identity and stigmatised by society finds expression in art.

Representation of queer characters in English texts is well depicted, however it loses significance and relatability in majority of the populace in India. Vernacular literature with contextual relevance builds relatability and acknowledgement.

“Mohanaswamy’ author Vasudhendra recounts an incident in one of his interviews where a worried mother, who had read his book, asked her son who was unwilling to get married if he was gay. The man was surprised, but simply said that he was considering marriage after a year. However such incidents mean that through accessible literature, a traditional mother has common relatable context to ask her son if he is gay.

It would be an irony if a movement that celebrates individuality and promotes embracing one’s own identity is allowed to get trampled by homogenisation. Carefully weeding out stigmas and planting acceptance is how a raw movement turns ripe.

1 comment on “TAILORING THE PRIDE INTO THE INDIAN FABRIC”

Hello, It was a good experience while reading your blogs. Thanks for sharing with us.